The map is one of the largest maps included in Call of Duty: Modern Warfare 2. The map takes place in the surroundings of a train derailment, in a snowy environment which is in Russia. The map is mostly open land, separated by train tracks, including a bridge, as well as large warehouse buildings in the center and a strip mall at one end of the map.

Derail is often considered a sniper-orientated map, though it can easily accommodate many different styles of play. Close quarters fighting occurs in the large building in the middle of the map, whereas long range fighting suiting assault rifle or sniper rifle users will take place across the fields and on the roof of the larger warehouse. When sniping, although useful on other maps, Thermal Scope is ill-advised as the enemies blend with the snow. 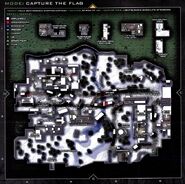 Derail in Capture the Flag. 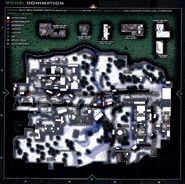 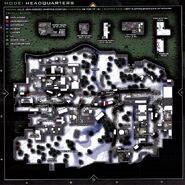 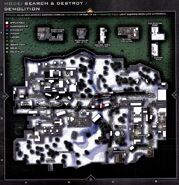 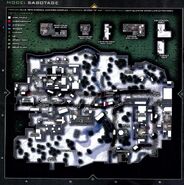 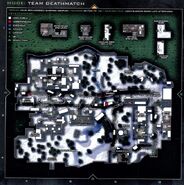 The poster with the woman holding the Thompson.
Add a photo to this gallery
Retrieved from "https://callofduty.fandom.com/wiki/Derail?oldid=2539544"
Community content is available under CC-BY-SA unless otherwise noted.