The Diner is a location in Call of Duty: Black Ops II. It is the second bus stop in TranZit and also available for the game mode Turned.

In TranZit, the Diner this is the first area after the Bus Depot where the Bus stops. It contains the Mystery Box's initial spawn. The MP5 is available inside of the diner for 1000 points as well as the Speed Cola Perk-a-Cola machine. The Zombie Shield can be constructed from parts inside the garage and Diner, specifically the wheel lift and car door. The Diner's roof is accessible using the roof hatch, a bus part found in the TranZit map, and is where the Galvaknuckles can be bought. A large lava lake next to the Diner slows movement from the bus path to the rearmost diner door. There is a small shed which can be opened with the Turbine that may contain one of the upgrades for the Bus.

Diner is the first map where the Turned game mode can be played, introduced in the Revolution downloadable content pack.

There are two types of this game mode either the human character will have an Olympia with two shells or a Reverse Gun Game style of play in which the human will cycle through a progressively weaker gun after every kill.

- In Diner Turned, get a kill with each primary weapon in a Public Match.

- In Diner Turned, kill the human while its decoy is in play in a Public Match.

- In Diner Turned, retrieve a chained Cymbal Monkey in a Public Match.

Diner's loading screen.
Add a photo to this gallery 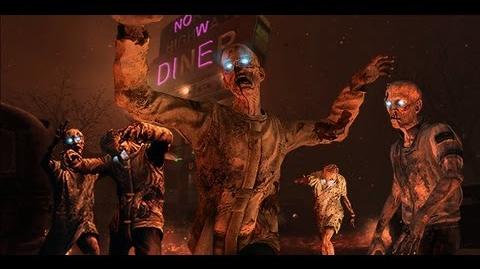 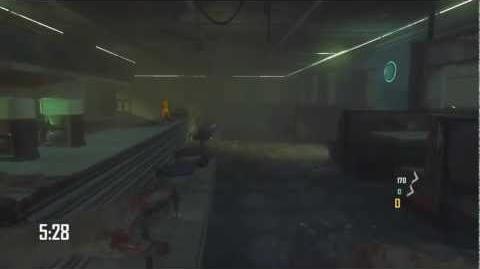 Black Ops 2 - Zombies - Turned - on Diner
Gameplay in Turned.
Add a photo to this gallery

Retrieved from "https://callofduty.fandom.com/wiki/Diner?oldid=2449747"
Community content is available under CC-BY-SA unless otherwise noted.