Discovery is a multiplayer map that is featured in Call of Duty: Black Ops as a segment of the map pack First Strike.

Discovery is a map based around a desolate, frozen German outpost in the Antarctic Circle. It also appears to be based around the campaign mission, "Project Nova" (There are many similar buildings, and there's a ship seen at mid-long range in the water-part of the map) with an exception the mission "Project Nova" takes place in the Arctic Circle and Discovery is in the Antarctic Circle. There is a chasm in the center of the map which features a destructible ice bridge. The easiest way to destroy the bridge is with a launcher. There are also two additional ice structures that bridge the chasm that can be destroyed. It is friendly to long-range weaponry but also features a few close-quarters areas in building and at vital areas that bridge the gap between the two sides.

A multiplayer battle in Discovery.
Add a photo to this gallery 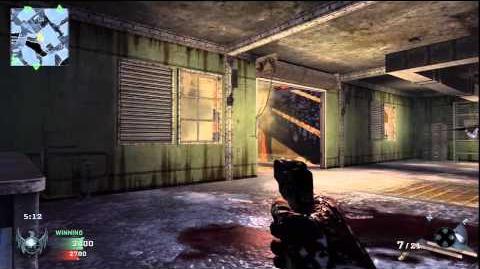 Retrieved from "https://callofduty.fandom.com/wiki/Discovery?oldid=2346885"
Community content is available under CC-BY-SA unless otherwise noted.