dking is the user account of D. King on the Central Intelligence Agency Data system which is accessible from the computer terminal in the interrogation room depicted in the main menu of Call of Duty: Black Ops.

Typing the command MAIL opens King's mail account. It then shows a list of messages exactly as follows:

Typing the command DIR opens King's home directory /home/dking/, which contains 23 files, most are haiku text files. Similar but agency-standard encoded files can be found in the roppen user account on the Dreamland server system. Each file is viewable by typing the command CAT followed by a filename.

My mother has died

She was killed in Hue City

When will this war end?

This is indicating the NVA killing innocent Vietnamese during "The Defector"

Lost all my CP

To a fool in Sticks and Stones

The rain will not stop

Could it get much worse?

This talks about the invasion done by the S.O.G. team attacking a village in "Crash Site"

To Kowloon they go

In search of a mad genius

With blood on his hands

This talks about Hudson and Weaver going to Kowloon in order to find a scientist named Dr. Clarke who is involved in Nova 6 during "Numbers"

On the trail of Nova 6

Where death is at hand

This talks about the four man squad (Hudson, Weaver, Brooks, and Harris) sent to Mount Yamantau in "WMD".

Is it him or not

Two souls trapped in one body

The other a wolf

This talks about Mason, where he also has the identity of Viktor Reznov due to his brainwashing of Mason into doing things what he believed what Reznov is doing.

It ends at Rebirth

The truth is at hand my friend

Come home in one piece

This talks about Hudson and Weaver going to Rebirth Island, to get Steiner, so they can learn about the numbers.

He got too vested

In a man he could not trust

To a submerged grave

This refers to Dragovich, as he thought Mason would've been his greatest agent, but Reznov changed Mason's orders, making him untrustworthy. He dies at the broadcast station, a submerged grave.

Off to Baikonur they went

President John F. Kennedy gave Mason and Woods the order to go to Baikonur in Executive Order. Weaver lost an eye because of Kravchenko.

This is where it will all end

He must not succeed

Bits and pieces of the past

It all makes sense now

This is from Mason's point of view when he realized he was under mind control in "Revelations".

Steiner must be killed

He is here on this island

No one can stop me

This also talks about Mason's point of view, where he is sent on a rogue mission to kill Steiner before the CIA get to him.

Trapped in a small cell

Voices echo in the cave

But I see nothing

This is a reference to the beginning of the level "Payback"

We are on a boat

Speeding towards the enemy

This is about the beginning level of "Crash Site".

Our village is sick

The tunnels run thick with blood

We've been forced to move

This is about the tunnels in "Victor Charlie"

For what, we do not know

This talks about Reznov's point of view, where he was sent to recover Steiner during Project Nova

A man thrown out the window

This references to the escape of Hudson and Weaver and the death of Dr. Clarke in "Numbers"


We took cover in trenches

This talks about the level S.O.G.

We must infiltrate the base

No room for failure

This talks about Dragovich ordering Kravchenko to take out Weaver's eye out in "Executive Order". Mason, Woods, Bowman, and Brooks must succeed the mission without failure.

The girl is staring

Desks are crowded with papers

And she is smoking

This describes the girl, Sarah Leary, seen in the level U.S.D.D.

The pain, the torment

We are all brothers

We rebels have lost

And we will be scarred

This talks about how the Cuban rebels and OP40 lost in the level "Operation 40". Castro is still alive and many of the outcomes are because Op40 and rebels failed on killing Castro but instead, killed his double. 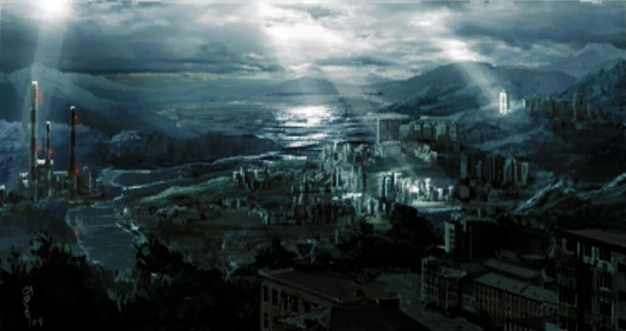 Retrieved from "https://callofduty.fandom.com/wiki/Dking?oldid=2405536"
Community content is available under CC-BY-SA unless otherwise noted.