"Luxurious ski resort in the French Alps. Great varied engagements and verticality up and down each lane."
— Map Description

Downhill is a multiplayer map included in the Call of Duty: Black Ops II downloadable content pack Revolution. It is located at a luxury skiing resort in the Rhône-Alpes in France. This map has been made with emphasis on multiple vantage points and long lines of sight to give snipers an important role in battle.

Gondolas travel from one end of the map to another; they are there to provide excellent cover, but can also ram and kill any players in their way.

Another view of map

Another view of map

The unique killfeed icon for being crushed by a gondola 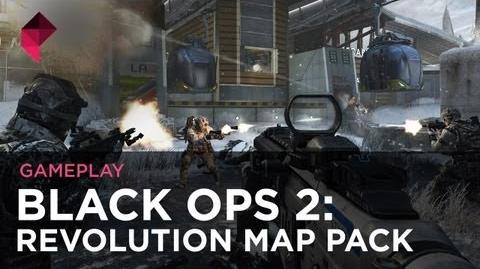