For a map with a similar name, see Rift.

"An idyllic ski resort high in the Rocky Mountains is transformed into a festive high-altitude playground, perfect for an all-out firefight. Make your way to the highly contested overwatch position in the glass observation deck or take a ride on the carousel to deliver 360 degrees of carnage. Players can use the map-altering timed event to their advantage as an avalanche of snow and debris disorients players, intensifying the battle."
— Gamestop Description.

Drift is a multiplayer map featured in Call of Duty: Advanced Warfare that was released in the Havoc downloadable content pack. It takes place in an abandoned Rocky Mountain ski village that has a jolly Christmas theme. Drift also appears in Exo Survival.

It's a very diverse map, houses and shops offer indoor combat having accessible corridors and corners whice is perfect for close range weaponry while the outside portion has long range sight lines. 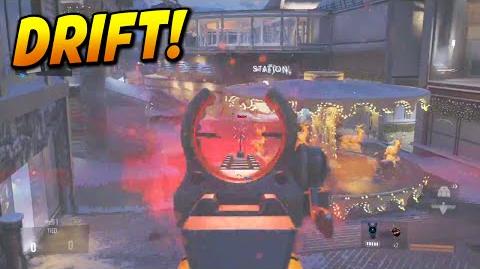