Dynasty is a map in the Nemesis DLC for Call of Duty: Ghosts.

"Fight for control of a Chinese lakeside village. The map's unique killstreak features a two-pronged airstrike that will be a familiar sight for Call of Duty veterans."
— Official Description

The map is mostly close-quarters with some medium-range areas to it, so it is statistically best to use submachine guns, shotguns, or certain assault rifles. There are no long-range combat areas in the map, so sniper rifles and scoped marksman rifles are not good choices. Light machine guns, however, maybe be useful to a degree, but again they are mostly made for medium-long range, and there's very little medium range combat on the map.

At the A Domination flag, the southwest corner, look out west towards the harbor, there is a small boat with red sails; the Egg is sitting on its back deck.

The lake this map is set to. 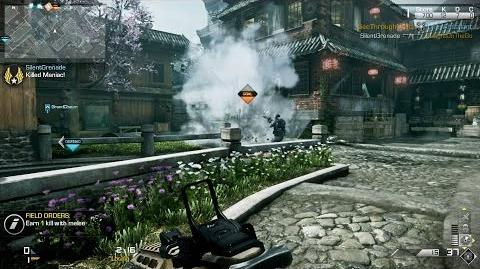 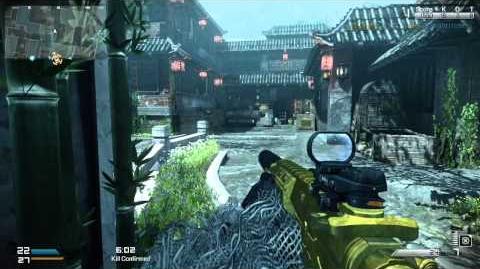