The EM1 uses battery-powered technology, essentially providing an infinite amount of ammunition. Under prolonged fire, it can be overheated and cause a depletion of the battery, rendering it unusable for a short amount of time. The weapon can be manually vented before it overheats by pressing the reload button after firing. Otherwise, the battery will cool down quickly when not in use. 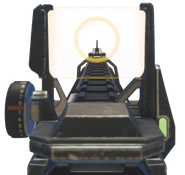 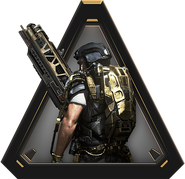 Retrieved from "https://callofduty.fandom.com/wiki/EM1?oldid=2238497"
Community content is available under CC-BY-SA unless otherwise noted.