Mountain range flanks by a dam and a river. Damaged bridge in the middle of map

Eder Dam is a multiplayer map featured in Call of Duty 3.

Eder Dam is a very open map with a giant bridge running down the middle. Because of its massive size, jeeps play a huge role in almost every gametype. Players may operate jeeps, as either driver, passenger or gunner. The driver may not use any weapons, but he can run over the enemy, causing instant death. The passenger may use any weapons he is carrying, albeit with a limited firing arc. The gunner uses the jeep's turreted .50 cal. machine gun, a devastating weapon with excellent range and firepower; however, the gunner is dangerously exposed and cannot move quickly. Jeeps can sometimes be used in a "suicide attack" on a highly-concentrated group of enemies; they will often fire at the incoming vehicle, which then explodes at close range. The use of sniper rifles or semi-automatic sniper rifles is good for the type of long range fighting across the spawns, the river and the bridge. Automatic rifles and submachine guns can also be used because of the close confines of the bridge, but sniper rifles and semi-automatics can be used to some effect in the bridge. Light machine guns can be deadly if set up on or in the bridge or in windows by choke points to the German's spawn right flank. 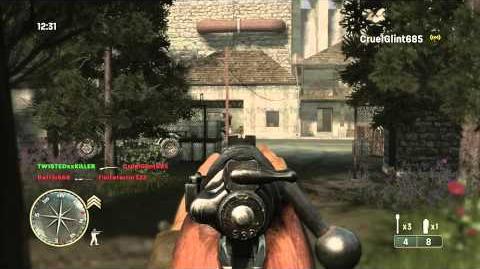 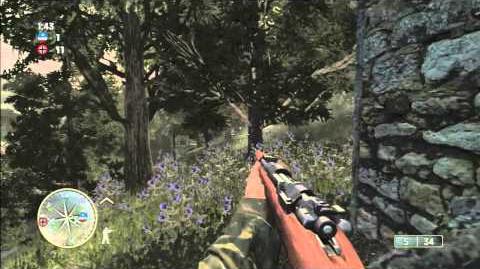 COD 3 Karabiner 98k 12-1 Eder Dam. Capture the flag
Gameplay in Capture the Flag.
Add a photo to this gallery

Retrieved from "https://callofduty.fandom.com/wiki/Eder_Dam_(Multiplayer)?oldid=2419505"
Community content is available under CC-BY-SA unless otherwise noted.