For its predecessor, see Electric Cherry.

"Reloading causes an electric discharge that damages and stuns nearby enemies. The more empty the magazine, the stronger the damage."
— Description

Electric Burst is a Perk featured in Call of Duty: Black Ops 4 Zombies. It is unlocked by default and can be obtained through the use of Secret Sauce.

Electric Burst, when purchased, creates an electric shockwave around the Player whenever the Player reloads. The more empty the magazine is before reloading, the stronger the shockwave will be.

When Electric Burst is selected as the "Modifier" perk and the player has all of their other perks, reloading now gives an electric charge to the player's melee weapon. The next melee attack empowers the weapon to shock enemies for a limited time. The more empty the magazine, the longer the time. 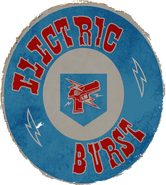 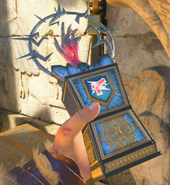