"Elemental Pop. Sounds like something Hudson would listen to."
— Alex Mason

Elemental Pop is a Perk-a-Cola featured in Zombies. It was introduced in Call of Duty: Black Ops Cold War in the map Die Maschine. The perk machine doubles as an arcade machine, and when acquired gives every bullet fired by the player a small chance to apply a random base Ammo Mod effect at the base tier. The perk icon is pink with a bullet breaking through a skull.

Starting at Level 41, players can upgrade Elemental Pop's effects with the use of Aetherium Crystals.

The Elemental Pop perk machine serves two different functions, as both a beverage vending machine and an arcade cabinet. A joystick and a total of eight buttons can be seen on the machine, as well as a screen showcasing a pixelated band playing, as well as the name of the perk. The machine is adorned with various neon lights in the style of fireworks, whereas there are two firework rockets on the sides of the machine. The machine, like all Perk-a-Colas in Black Ops Cold War, dispenses cans, which can be seen stored underneath the screen. 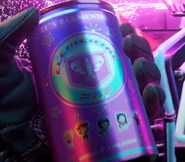 The Elemental Pop can. 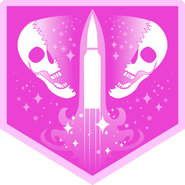 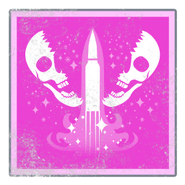