"Be a rockstar, take the stage and control the sight lines in this rock amphitheater."
— Map Description

Encore is a multiplayer map included in the Call of Duty: Black Ops II Uprising downloadable content pack. It is set in London, United Kingdom at a Music Festival.

The skyline of London.

An aerial view of Encore. 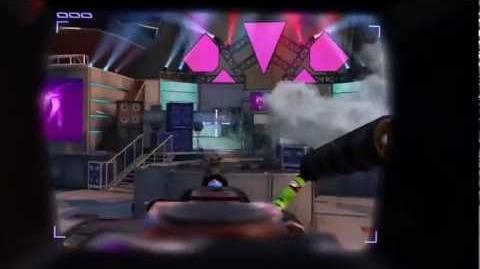