Erosion is a multiplayer map for Call of Duty: Modern Warfare 3. It is played with the new Face Off game mode. The map was released for Xbox 360 players for free on May 15, 2012 and is also available to PS3 players for free.

Erosion is a small map which is located near Mount Vesuvius, Italy. The majority of the map is split apart by different levels of height allowing for tactical combat as well as sharp corners for surprise attacks. There is also a building which overlooks most of the map which is situated in the center of the map, proving valuable for games such as Search & Destroy and Domination. There is also another building situated in the bottom right corner of the map which provides another line of sight looking towards the north west and towards the north of the map too. Note that the multiple areas where bushes and foliage are provide excellent visual cover for snipers and stealth classes. Furthermore, the map's lower level has a system of tunnels offering more stealthy combat but at the risk of being caught by surprise. 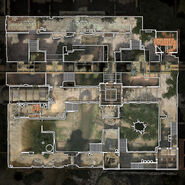 The Teddy Bear in the map. 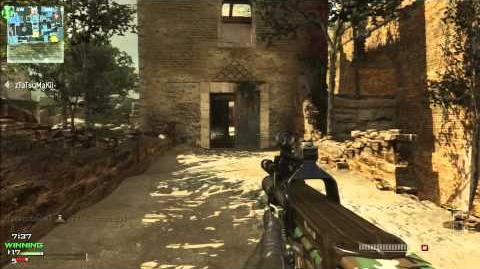