For the Aether zombies storyline, see Zombies (Treyarch)/Story.
For other uses, see Aether.

"Ether started with nothing and rose up to take the reigns of a reeling Atlas Corporation, place there by her own ambition. A self-described reformist, she saved the company and secured its place as the military supplier of the future."
— In-game biography

Ether is a character featured in Call of Duty: Mobile and was added in the game on February 5, 2021, during Season 1 New Order as part of System Overload Draw. [1]. Ether is also a character in the Comics, where she is part of the Atlas Corporation working in rescue and relief works. 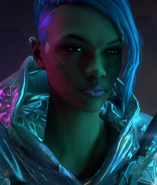 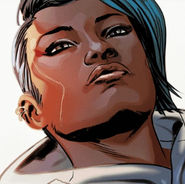 Ether in the Comics.