Exo Survival is a cooperative game mode featured in Call of Duty: Advanced Warfare. It can be played in online or local. It is a round based survival gametype that goes indefinitely until all players are defeated. The game mode consists of 25 rounds of increasingly powerful enemies. At each 25th round, the rounds are reset, or "flipped" as it is called in-game, but the difficulty is permanently increased. However, the players retain their upgrades, abilities, perks and weapons through the flip.

Up to four players are pitted against waves of computer-controlled enemies, similar to Survival Mode in Call of Duty: Modern Warfare 3, Hostiles in Call of Duty: Black Ops: Declassified, and Safeguard mode in Call of Duty: Ghosts. Gameplay can be considered more arcade-like compared to the single-player campaign, as players can survive more damage and will be pitted against tougher, more agile enemies, some of whom have a variety of special abilities. Players upgrade their weapons and exo suits at predetermined locations on the map, which requires points that are earned as the game progresses. Additionally, support drops will periodically be dropped onto the map, from which the player can obtain Perks or Scorestreak attacks. In addition, the player can collect "Ammo Resupply", a power-up dropped by enemies occasionally that refills the player's reserve ammo. When a player plays by themselves, they also receive something similar to Self Revive from past games, where the player revives themselves and uses a pistol to attack enemies, though this function is only available once per match.

In Private Match, the player can also select from three difficulties: Regular, Hardened, and Veteran. Also, the map played on can be chosen. Increasing the difficulty only changes the difficulty of earning Support Drops, requiring more points to do so, this is more noticeable in Solo.

Unlocked by buying the Havoc DLC.

Support Drops are Orbital Care Packages that are dropped throughout Exo Survival matches. The number of them that are dropped at once is the same amount as the amount of players there currently are (i.e. one drop when playing solo). They either contain Perks or Scorestreaks for the player to select from. If the player chooses not to take any perk or scorestreak from a support drop, they will be given one upgrade point instead. A maximum of 4 scorestreaks can be stacked by the player (they can be the same ones). Should this happen, then each following support drop will always always be a perk (or vice-versa, if the 9 perks are received first). If all these items are stacked by the player, then each support drop will give them 2 upgrade points (ironically, if the player chooses to cancel the reward selection in this case, then they will be given only one upgrade point). Weapons Free and the two upgrade points are not options until round 14 is completed. If all streaks and perks are acquired and the player opens a drop before round 14 is completed the list will be completely empty, and the player can only claim one upgrade point by backing out of the menu. The player can have a maximum of 99 upgrade points at once.

Players will face a variety of enemy soldiers equipped with exo-suits, with later waves containing tougher, better equipped enemies. Unlike enemies in the single player campaign, enemies in Exo Survival can use their exo-suit's boost dodge ability to dodge the player's gunfire. They will also use boost jump to reach high platforms. Most enemies can also deploy grenades from a wrist-mounted launcher similar to the one used by the player. Overall, enemy behavior in Exo Survival is very similar to that of multiplayer bots; enemies will even regenerate their health if they do not receive damage for several seconds. In addition to infantry, players will also fight enemy dogs, drones, A.S.T.s and Warbirds. Enemies appearing in Exo Survival mode include:

Zombies in the distance. 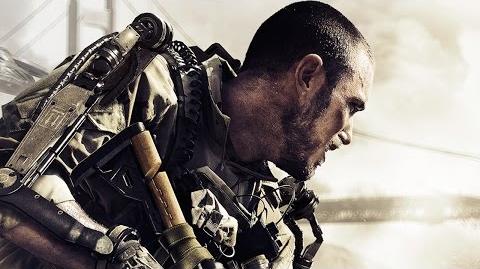 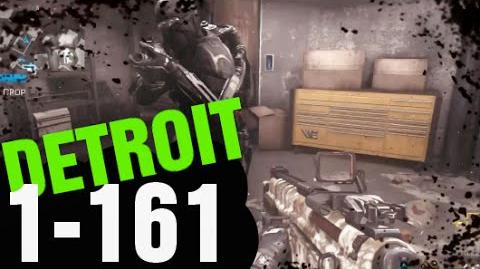 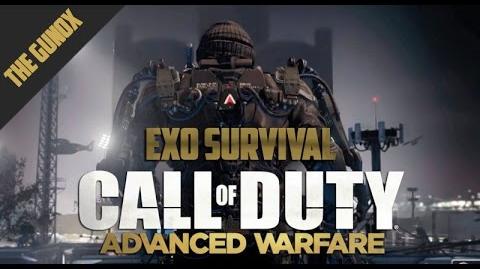 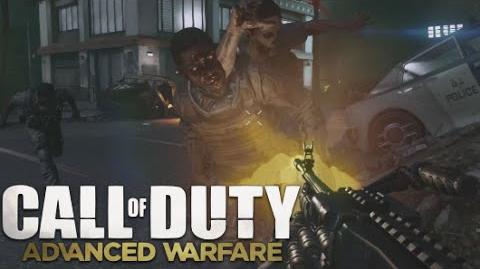