"Captain Price! We got Stinger missiles in the barn!"
— Gaz during Hunted

It appears only in the campaign and its appearances are few and far between. It first appears in the level "Hunted" to destroy the pursuing Mi-8. It also appears in several hidden weapons caches in "All Ghillied Up", but using it tips everyone to the player's position and is very detrimental to the mission. It is found in two places. The first one is the church before the helicopter passes over. The second place is the building the sniper is on after the convention.

Using the "give all" console command on "Game Over" will give the player a strange Stinger which looks like an AT4, and is unusable.

Iron Sight
Strangestinger.png
The Stinger found in Game Over

The Stinger returns in Call of Duty: Modern Warfare 2 for the same purpose as the first game.

In the campaign, it is used in the mission "Wolverines!" to shoot down enemy Mi-28s. It can also be found in "The Only Easy Day...Was Yesterday" and can be used to destroy an enemy Little Bird.

The Stinger is available in multiplayer as a secondary weapon, unlocked at level 30. It can lock onto killstreak vehicles and comes with two missiles. It can only be fired at killstreaks, and not other players.

Stingercropped.PNG
The Stinger in third person. 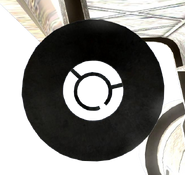 The Stinger appears in Modern Warfare 3, as seen in this video at 1:07. It is unlocked at level 40.

Getting killed by the Stinger missile

Retrieved from "https://callofduty.fandom.com/wiki/FIM-92_Stinger?oldid=1188831"
Community content is available under CC-BY-SA unless otherwise noted.