• Protect the power transformer
• Protect the communications uplink
• Protect the cooling tower
If 2 of the objectives are taken out:
• Defend the network server from enemy hacking modules
• Finish off the remaining enemy forces 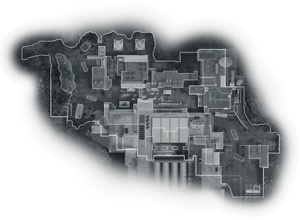 "DEFEND Forward Operating Base "Spectre", and prevent SDC troops from detonating an Electromagnetic Pulse bomb inside the facility."
— Mission description

"FOB Spectre" (Forward Operating Base) is the first Strike Force mission in the Call of Duty: Black Ops II campaign. This mission is made available after completing "Old Wounds", and it is mandatory for the player to complete before proceeding on with the single-player campaign.

The mission starts with Admiral Tommy Briggs and David "Section" Mason introducing to the Strike Force team that the SDC is pressuring Russia into joining their military, making them a superpower that the rest of the global powers will have no choice but to engage in war with, causing the cataclysmic chaos that Menendez wants.

Mason then goes on to brief the team on their mission: FOB Spectre, a vital defense facility guarding India's northern border, has been attacked by SDC forces. Although their regiment were able to hold off the attack, most of them were decimated, leaving the facility severely weakened and vulnerable. The JSOC Strike Force team is to be inserted to defend the facility and prevent the SDC from invading India.

The player must utilize a CLAW unit, several Sentry Turrets and several SEAL teams to defend three priority positions: A - the communications satellite, B - the power transformer, and C - the cooling tower, all of which power the base shield doors that prevent the enemy from gaining access to the interior of the facility. The player must hold off the enemy reinforcements for 10 minutes in order to complete the mission.

At any point in time, if two of these priority positions are destroyed, the shield doors will open and the enemies will gain access to the central mainframe. The player is now tasked with defending Point D, the network server, from being hacked by SDC troops.

After 6-12 minutes, depending on difficulty, if the player managed to hold off the SDC forces from attacking the objectives, the primary objective is complete. The player must then eliminate the remaining SDC forces in order to finish the mission.

Completing this mission will cause enemy forces to retreat and save India, causing the country to ally with JSOC in the fight against Menendez.

B23R
Add a photo to this gallery

A virtual projection of FOB Spectre in the pre-mission cutscene.

The pre-mission briefing screen, detailing all the mission objectives.

Point A - The communications uplink.

Point B - The power transformer.

Repelling the enemy.
Add a photo to this gallery 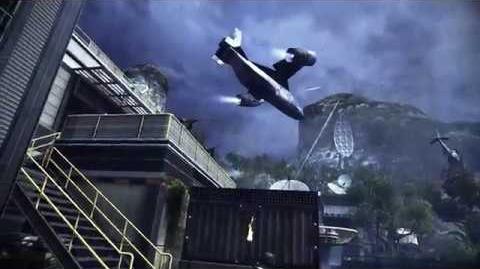 Retrieved from "https://callofduty.fandom.com/wiki/FOB_Spectre?oldid=2463087"
Community content is available under CC-BY-SA unless otherwise noted.