"David Mason's team heads to Pakistan to spy on Menendez, who has co-opted rogue ISI leaders to reverse engineer a downed US drone."
— Mission description

"Fallen Angel" is the fifth mission in the Call of Duty: Black Ops II single-player campaign. It involves the player taking control of David Mason as he attempts to infiltrate Anthem, one of Raul Menendez's strongholds, to gather any intel on Raul Menendez by tapping on his conversations. 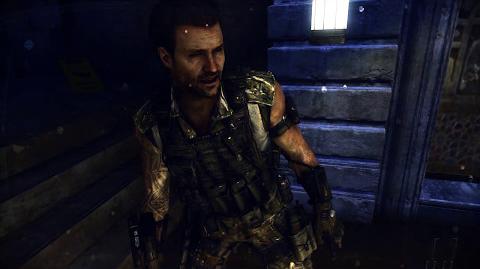 SCAR-H (used by Harper and Crosby)

Section trying to start the CLAW.

The CLAW attacking the enemy soldiers.

Moving down the flooded streets.

Hiding from the searching drones.

Moving to take down ISI sentries before entering the sewers and into Anthem.

Landing on the rooftops.

Identifying Menendez in the crowd and recording his conversation.

Sneaking up on the guards by the car.

Raul revealing his knowledge of the infiltration.

Using Brutus on the ground.

Using Maximus on the rooftops.

Using the drone to clear the way. 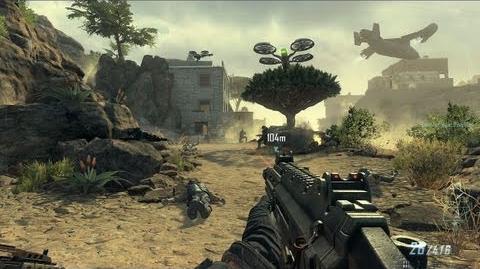