Call of Duty Wiki
Register
Don't have an account?
Sign In
in: Call of Duty 2: Big Red One Single Player Levels

"We gotta help Vic!"
"He's dead already! There's nothing we can do..."
—Kelly and Hawkins just after Denley's death.

"Farewell to Friends" is the eighth campaign mission in Call of Duty 2: Big Red One.

The mission starts off with the player and the squad riding on a tank towards Troina. The tank convoy enters town and is immediately fired upon by Flak 88s. The player and the squad get off of the tank and begin fending off Germans. They move to a building that contains an MG42. They leave the building and head towards another. The street they're standing in begins to be shelled by more Flak 88s, so Sgt. Hawkins orders Pvt. Denley to bust open the door. Denley is killed by a German with an MP40 on the other side of the door. The soldiers advance through the town and reach a set of Flak 88s in a church, preventing the Americans from moving forward. The squad flanks the position and finds another way into the church. They kill the Germans inside and the player plants a charge on the FlaK 88s. The guns are destroyed and the squad regroups outside. Outside, Bloomfield speaks of how Denley was the toughest soldier they had. 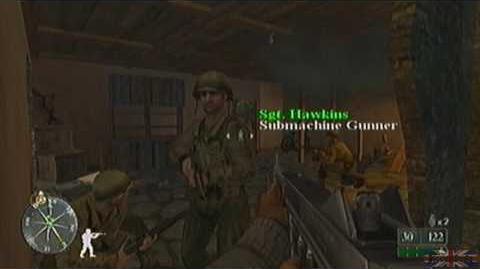 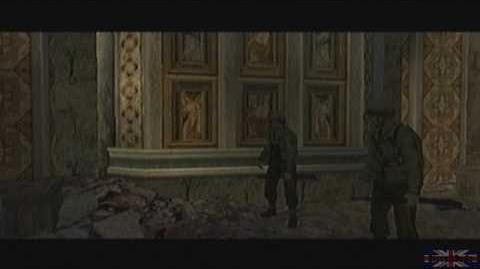