It was later re-visioned in Call of Duty: Black Ops II as Studio.

Firing Range mostly favors close range to medium range combat with Submachine guns, Assault Rifles, and Light Machine Guns being the best to use. If one is defending a building, shotguns can prove very useful. Sniper rifles are quite difficult to use as the small size of the map makes them difficult to use at long ranges. There are two main buildings either team will look to control with a small tower in the middle of the map. The thin wooden house is hotly contested among either teams while the tower makes a great camping spot. The two teams spawn dangerously close to each other with a well placed grenade able to sneak a kill. Claymores or Motion Sensors are highly recommended here for a defensive player as they will be constantly rushed by the other team. It is not recommended to rush the other team as automatic fire and sprinting will result in quick death. Snipers are very uncommon here due to the small size of the map, although a sniper with a Variable Scoped Sniper Rifle can provide good support fire with the low and middle adjustments. This can be good in defending objectives, such as Bomb site A (Which can be guarded from the tower). Flak Jacket is highly recommended during Domination games because of the open and close quarters nature of this map lends itself to a lot of explosions and chaotic Domination and Demolition games. 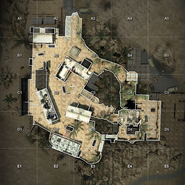 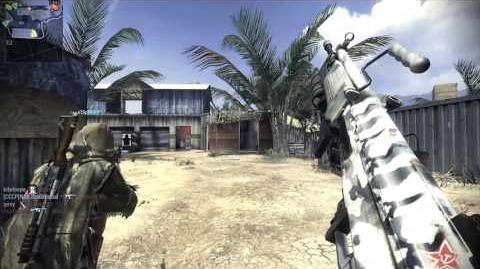 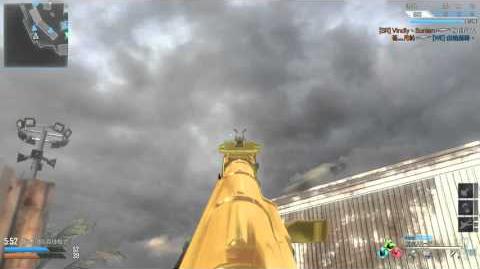 Retrieved from "https://callofduty.fandom.com/wiki/Firing_Range?oldid=2449033"
Community content is available under CC-BY-SA unless otherwise noted.