The Flogger is a trap found in the Zombies map Shi No Numa. It is a rotating wooden trap with long bars and barbed wire in between them attached to giant logs that are riddled with sharp spikes. It costs 750 points to activate, and runs for approximately 30 seconds. To use it, the player must unlock the door underneath it that leads to the Fishing Hut.

Similarly to other traps, the flogger kills the zombies instantly, does not issue any points, and has a cooldown period after it is used. Once the cooldown period is over and it is usable again, a buzzer alert is heard throughout the map.

It returns in the Origins section of the Call of Duty: Black Ops III map, Revelations, where it can be found next to the Mystery Box location by Generator 3.

It also reappears in Cyborg Rising map, Ghost Swamp in Call of Duty Online. Being a remake of Shi no Numa. However the Flogger moves at a slower rate.

In Call of Duty: Vanguard, the Flogger can be seen in Der Anfang when the player teleports to Shi No Numa during an objective. It would later be added as a utility for the Shi No Numa remake added as part of Season Four content for the game on June 22nd, 2022.

) - In Shi No Numa, Kill at least one zombie with three different traps in a single round.

The Flogger in Call of Duty: Black Ops III.

The Flogger in Call of Duty: Vanguard. 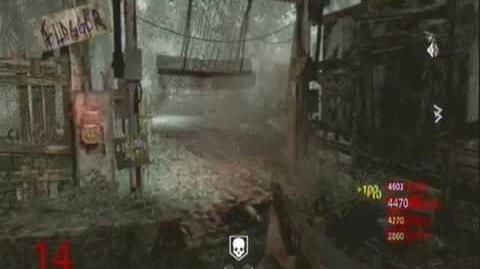 Call of Duty 5 (World at War) Shi No Numa Flogger Trap
The Flogger in action. 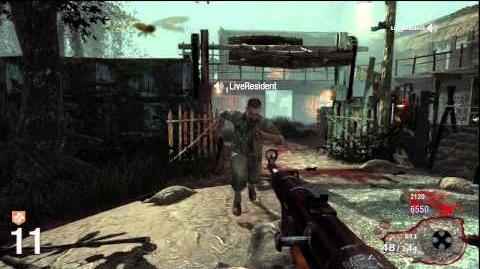