The Fly Trap is an Easter Egg found in the Zombies map Der Riese and its remake, The Giant. It consists of finding hidden items after activating a hidden panel. In Call of Duty: World at War, initiating it awards the achievement/trophy "Elevate Your Senses" and in Call of Duty: Black Ops III it gives the player the Annihilator, 1000 XP for completing "Paradoxical Prolouge", and a Gateworm.

World at War and Black Ops

With a Pack-a-Punched weapon, the player must shoot a panel down an alleyway near the mainframe and animal test laboratories (or throw a grenade while holding an upgraded weapon). After this, eight objects will fly out in a ring, then spread across the map. They can then be found in three set locations:

The player must shoot these items (the weapon does not have to be upgraded). Every time an item is found, as well as when initiating the easter egg, Samantha Maxis will speak to the player. When shooting the panel, she will giggle and say "I want to play a game... let's play, hide and seek!". After finding the first item (in no particular order), she says "Yay, you found one!". On the second item, she says "Wow, you found another one!", and after the last item she says "You win... GAME OVER!". All of these she says in a sweet and excited tone, except for the last one, where she sounds angry.

In The Giant, players can activate a revised Fly Trap in the same location using a Pack-a-Punched weapon, this time with Ludvig Maxis speaking in place of Samantha. There are still three hidden objects, but they are in different places:

Once finished, Maxis will say "I see it, the beacon is lit! I know where and when you are!... Sooner or later, I will find you. Together we will ensure a better future for the children.". Players can now head to the furnace, where the Annihilator revolver can be picked up and used by any player as a special weapon.

The player can use the "Ephemeral Enhancement", "Wall Power", or "Crate Power" GobbleGums to activate the easter egg, without needing to link all the teleporters. This can help in activating and completing the Fly Trap early on.

After an update on April 18, completing the Fly Trap will grant players 1000 XP upon picking up the Annihilator, with the title "Paradoxical Prologue". It will grant the player a unique Gateworm icon on The Giant's map selection picture similar to Der Eisendrache, Zetsubou No Shima, Gorod Krovi, and Revelations.

World at War and Black Ops

The first teddy bear with a Bowie Knife

The second teddy bear, the Juggernog bottle and the Pack a Punched M1911

The items are highlighted with a red circle for aid.

The Cymbal Monkey in an incinerator

The Teddy Bear on the balcony

The Teddy Bear in the water container

The Monkey Bomb, close up.

The Balcony Teddy Bear, close up.

The reward for completing the Flytrap easter-egg; the Annihilator. 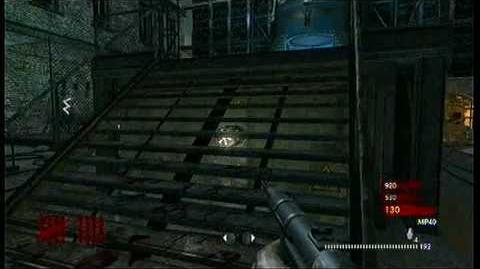 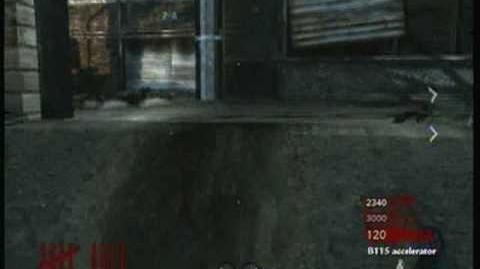 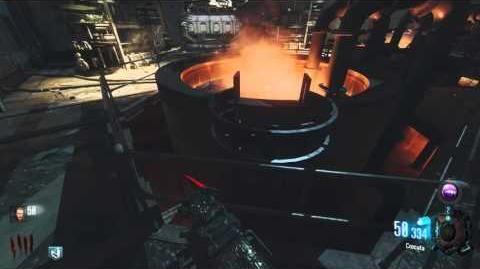