Call of Duty Wiki
Register
Don't have an account?
Sign In
in: Call of Duty 3 Single Player Levels

For the multiplayer map of the same name, see Fuel Plant.

Fuel Plant is the sixth mission in Call of Duty 3. In this level, Sgt. Doyle, Cpl. Keith and Pierre LaRoche start out in the outskirts of a German fuel plant. They move into the fuel plant and fight their way through a train station and a building, where the player open the gate and let Pierre climb to the roof and becomes a sniper.

The level begins with Doyle, Cpl. Keith, and Pierre LaRoche fighting their way through the loading station at the outskirts of the fuel plant. After clearing the rail yard of the German forces, they then fight through a nearby building to reach the security gate controls, allowing Major Ingram, Marcel, Isabelle DuFontaine and a Maquis raiding party to enter the facility with one of the SAS jeeps, Vera. Isabelle gives Doyle a satchel of charges to destroy the fuel tanks, before boarding the jeep. Using the jeep and a captured German Horch 1a, the group fight their way through the facility, barely outrunning a German supply train before crashing the jeep into a wall, permanently disabling it. They then fight their way through a small open work yard filled with German reinforcements (including a halftrack) near the fuel tanks, with LaRoche providing sniper fire from a nearby roof. Using the explosives, Doyle manages to plant charges on all the fuel tanks. As he is priming the last one, he is ambushed by a Waffen-SS soldier, who attempts to shoot Doyle before trying to push him off the balcony. Doyle manages to wrestle the German soldier off the fuel tank's balcony, but the falling German manages to pull him over the side as well, with Doyle barely able to grab the railing and pull himself back up as the German falls to his death. Doyle and the others then fight their way to the other side of the facility, either through the admin offices or along the catwalks, before battling their way through the foundry near the edge of the plant. Exiting the plant, Doyle, Keith, and Marcel escape in another captured Horch, with Major Ingram and the remaining Maquis in another behind them, dodging explosions, German troops, and tanks as the facility begins to collapse around them, before successfully jumping to safety over a destroyed bridge. Doyle’s car manages to clear the jump, but Major Ingram’s vehicle is caught by a tank shell from a Panzer IV and crashes through the bridge. Keith, distraught at the apparent death of Ingram, attempts to go after him, but is eventually persuaded by Marcel to leave.

The group later rendezvous with LaRoche and Isabelle, who had left before the rest of the group. Cpl. Keith berates LaRoche, accusing him of being a coward, and believes that Ingram is still alive, despite LaRoche insisting that Ingram is dead, explaining that he would have been executed as a commando if he had survived. This causes Keith to accuse Marcel of being a traitor (specifically reminding him of his earlier wounding by the Germans), leading to a brief standoff between the two, before LaRoche breaks them up, reminding everyone that they must leave the area before the Germans find them. 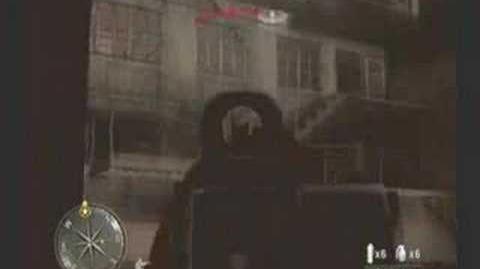 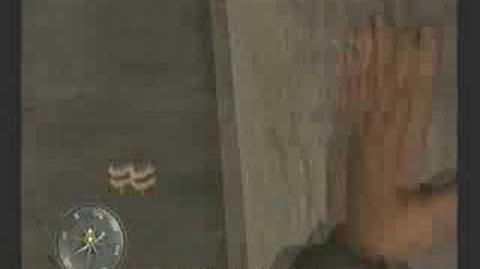