The Fused Zombie[1] is a type of zombie that appears in the Reckoning DLC Exo Zombies map Descent in Call of Duty: Advanced Warfare. A fused zombie is typically two kinds of zombies combined into one, with the physical appearance and power of both.

The different types of Fused Zombies are:

A EMZ fused Spiker in Descent.

An Orange Blinker in Descent. 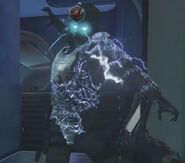 An EMZ Meatbag in Descent. 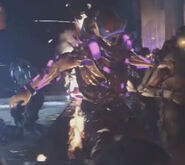 A Purple Blinker in Descent.
Add a photo to this gallery

Retrieved from "https://callofduty.fandom.com/wiki/Fused_Zombie?oldid=2561149"
Community content is available under CC-BY-SA unless otherwise noted.