Shepherd with a .44 Magnum and/or by incineration (Modern Warfare 2)

"He's a Sergeant, but reminds me of what I must've looked like coming out of Selection; raw, skilled, loyal to a fault."
— John "Soap" MacTavish

Roach participated in Operation Kingfish alongside John Price, John "Soap" MacTavish, Simon "Ghost" Riley, Sandman, and Derek "Frost" Westbrook. After Makarov was not located, the team was extracted by helicopter, except for Price, who sacrificed his freedom by staying behind, fighting the Russians until he was wounded and then captured.

Roach's first appearance in Call of Duty Modern Warfare 2 was in the level “Cliffhanger,” where he accompanied Captain MacTavish on a mission to infiltrate a Russian-controlled airbase in Kazakhstan. While the two climbed mountains on the base's outskirts, Roach nearly fell to his death before being saved by Soap at the last second (an event that significantly references Crew Expendable from Call of Duty 4: Modern Warfare). The two then approached the base on foot and manage to retrieve a stolen ACS module before escaping on snowmobiles.

Shortly afterward, Task Force 141 traveled to Rio De Janeiro on a mission to capture arms dealer Alejandro Rojas, a contact of Makarov. Roach and the other team members pursued Rojas through the Favela and eventually captured him, only to be swarmed by local Militia. The team then mounted a break out and was able to work their way to the Favela rooftops, where they jumped to a waiting helicopter.

Roach, however, narrowly misses the jump and holds on for his life but falls off before Captain MacTavish could grab him and pull him back. He was forced to make his way back to the helicopter completely unarmed with Militia hot on his trail. Just before the helicopter nearly ran out of fuel, he successfully made a second jump landing on the helicopter's ladder and was extracted with the rest of the team.

While in Brazil, MacTavish and Ghost were able to extract from Rojas that Makarov has a hate-on for Prisoner #627, who was being held in a gulag off the coast of Russia. Task Force 141 initiated plans to free the prisoner. It begun with a raid on a Russian oil-rig platform armed with SAMs that was guarding the approach to the gulag.

Roach and the rest of the Task Force made their way onto the platform via SDVs and proceeded to neutralize the majority of hostiles and free the hostages being used as human shields. The Task Force then departed on Little Birds as U.S. Marine forces simultaneously touched down to dismantle the SAMs. The second phase of the operation then proceeded with an assault on the prison itself. After freeing Prisoner #627, who turns out to be Captain Price, Roach and a small number of Task Force members managed to be extracted via SPIE rig as the U.S. Navy destroyed the facility.

Assault on the Submarine Base

After rescuing Price, he takes Roach under his wing like he did to Soap five years ago, according to Soap's journal. Now, Task Force 141 facilitated Price's plan to board a Russian submarine and use it to launch a nuclear missile at Washington, D.C. to quickly end the war. During the assault on the submarine base itself, Roach contributed significantly using an MQ-1 Predator Drone to provide close-air-support. Price was able to board the submarine and put his plan into action, air-bursting a missile over Washington, D.C. and utilizing it as a massive EMP. This turned the tide during the Russian - American war, disabling electronic equipment for both sides but giving the defenders a substantial advantage.

Infiltrating one of Makarov's safehouses

The U.S. forces in Washington were able to tip the scales in their favour as a result of the blast and saved the city from being carpet bombed by the U.S. Air Force. As a result, Task Force 141 turned its main focus to finding and eliminating Makarov. Ghost and Roach led an attack on one of Makarov's safe houses on the Georgian-Russian border.

Most of the team was killed during an ambush on approach but Roach, Ghost, Ozone and Scarecrow were able to reach the safe house and break inside as Archer & Toad cover them with their snipers. They were unable to locate Makarov, but quickly begun to collect highly valuable intelligence from available computers, documents and photos as Makarov's forces begun to mount a counter-attack.

After the DSM finished downloading, the survivors headed for the extraction point. On approach, Roach was wounded by a close mortar strike. He appeared to come close to blacking out several times before Ghost came to his aid. Ghost ended up dragging Roach to the extraction point, where Shepherd's forces routed the Ultranationalists.

Shepherd emerged from the Pave Low and asked Ghost if they had the DSM, which Ghost confirms. Shepherd then betrayed the two by shooting them both with his .44 Magnum and taking the DSM from Roach's body. Both Ghost and Roach were then taken to a ditch where they were soaked with gasoline by Shadow Company soldiers. Shepherd then throws his lit cigar on the two setting their gasoline-soaked bodies alight before walking away and leaving the evidence to burn. In the remastered version, as Shepherd was taking the DSM from him, Roach grabs Shepherd's arm in disbelief, to which Shepherd yanks back his arm in disgust.

Roach appears in Call of Duty: Mobile, where he is playable in the mission A Bigger Explosion during Season 8: 2nd Anniversary. He also appears in the comics. Later, in Season 4: Wild Dogs, Roach returning as a playable character as part of the Battle Pass. [2]

Roach first appears during Shepherd’s briefing on a mission regarding the The Five Knights. Soap & Alex are shown to have escorted him to the briefing, stating someone had to show the “new guy” the way.

When Soap talks to Price about Roach, he makes a passing remark that is very similar to the one Price made when he first met Soap (a reference to Call of Duty 4: Modern Warfare).

Later on, he embarks on the mission with all of the United Anti-Terrorism Coalition operators. The team notes his deadly efficiency as he guns down seemingly more mercenaries than the rest, especially Price who’s visibly impressed, and Soap remarks that Roach had been unhappy for the past couple days.

As they venture further in, Roach again proves himself useful, as he helps clear a path for the operators to move through. Alex commends Roach’s efficiency in combat as a “rampage” while Soap says that it makes him feel “bloody useless”.

Roach isn’t seen much again for the next few seasons, but he does make a return in the 2022 Season 4: Wild Dogs comics, where he along with Farah escorts Price & his team in Morocco. Price is glad to have Roach with them again after he laments the absence of Charly & Alex on their mission. 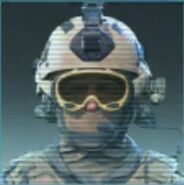 Roach as seen in Call of Duty: Mobile. 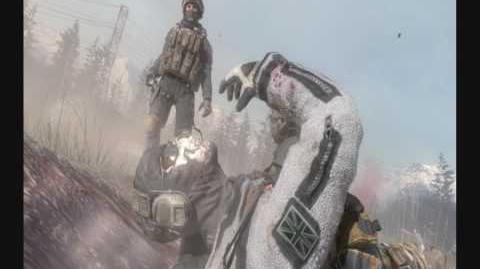 Loose ends Betrayal
The deaths of Roach and Ghost during Shepherd's betrayal.