Guard Dog is a pointstreak available in Call of Duty: Ghosts. When activated, a dog will spawn, and follow the player similarly to the AH-6 Overwatch. It has more health than a regular player. When enemies are near, it will growl, notifying the player of enemies close by. When enemies are too close to it or the player, it will take them down in a single attack.

The guard dog up close.

The guard dog attacking an enemy player in multiplayer.

The whistling animation when the guard dog is called in.

The guard dog as seen in Call of Duty: Ghosts multiplayer.

The Guard Dog running on the multiplayer map Whiteout. 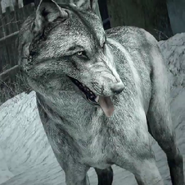 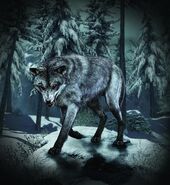 Concept presentation of the Wolf skin.

CoDG - Guard god Skyrim style.png
Something wrong...
Add a photo to this gallery

Retrieved from "https://callofduty.fandom.com/wiki/Guard_Dog?oldid=2062864"
Community content is available under CC-BY-SA unless otherwise noted.