For the remake featured in Call of Duty: Modern Warfare, see Suldal Harbor.

Harbor is a multiplayer map featured in Call of Duty and Call of Duty: United Offensive. The map was added to Call of Duty 2 as Rostov with the Invasion Map Pack and features updated graphics and new areas. On PC, the map was included with the 1.2 patch along with Wallendar. While Harbor is set in a supply harbor in Poland, Rostov is set in Russia.

The Russian team spawns in an open area near a parked German Opel Blitz Truck, while the Germans spawn in an alleyway by a small tented area and a Flak 88 artillery piece. There are two buildings that players can enter on this map while the rest are closed off. (In the Call of Duty 2 version, there are other buildings the player can enter.) One, known as the "Police HQ" or just "Police Building" is a two story building that the majority of the fighting on this map is centered around. There are three ways into this building and two way to get upstairs, making for some interesting close quarters fighting. Directly across from the Police Building is the Garage, which features an upstairs and a downstairs area filled with crates. This does supply some overhead cover; however, artillery is effective even if the player is underneath. The rest of the map is made up of many tight alleyways and courtyards filled with supply crates. Most of the fighting in this map is close quarters as teams fight over superiority in the buildings to gain a stronghold. Both the flak guns are the objectives for team-based play on this map. 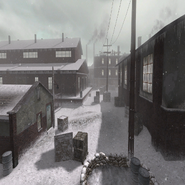 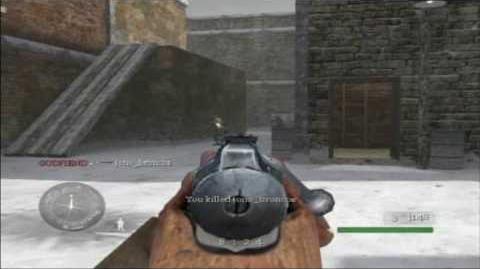 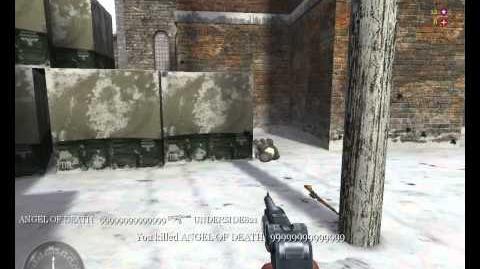