For the perk in Call of Duty: Black Ops, see Hardened (perk).

"Your skills will be strained."
— In-game description in most games.

"For seasoned players looking for a greater challenge.
Enemies are more dangerous. Your skills will be pushed to their limit."
— In-game description in Call of Duty: Black Ops Cold War.

Hardened is one of the five difficulty settings in the Call of Duty series. It is harder than Recruit and Regular but easier than Veteran and Realistic. In all of the Call of Duty games that have achievements, the one achievement that can be unlocked only by playing on Hardened but not requiring Veteran is the large achievement for finishing the campaign on either of those difficulties. 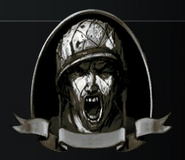 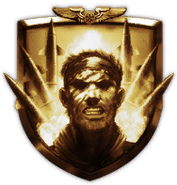 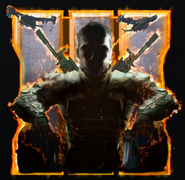 Retrieved from "https://callofduty.fandom.com/wiki/Hardened_(difficulty)?oldid=2540374"
Community content is available under CC-BY-SA unless otherwise noted.