Taking place at a construction site for a new business building in New York City in Modern Warfare 3 and in London in Modern Warfare, the map has many choke points and un-finished buildings. The two main spawns are on either side of the map. Hardhat is perfect for close quarters combat, due to its small size, however there are multiple locations where medium range battles take place. There are also one or two long range sight-lines, perfect for snipers. Much of the map is suited to close quarters combat, with sharp corners and short lines of sight. The central building (just south of the actual 'center' of the map) is the main choke point of the map, with four entrances to the area, this building can be hard to defend as enemies can attack from both sides. Teamwork is essential to survive here for long. One of the entrances is a pipe that runs under the map, which often sees intense battles.

In Survival Mode, Hardhat is a Tier 3 map and has the difficulty of Hard. The players start with the MP412, two Flash Grenades, a Self Revive, and 250 Armor. The players start in the northwest corner of the map.The hostiles include Bomb Squads, Claymore Experts, Choppers, and Riot Shield Juggernauts.

The Weapons armory is located outside on the south side of the building near spawn, the Equipment armory is on the southwest side, and the Air Support armory is in the middle of the map, after exiting the tunnel from entering the start side.

Outside of the pipes, there are few spots easy to defend, one such area is the room near the Spetsnaz flag in CTF, which can be used as a position to snipe or provide overwatch for another player, but is vulnerable against air support, flanking and the fuel tank present inside. 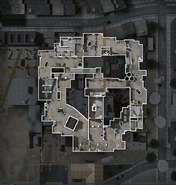 The burning American flag hanging over the map.

An overview of Hardhat.

Near the central building.

"Hardhats required on this job by y'all employees."

Jet Fighters flying over the map. 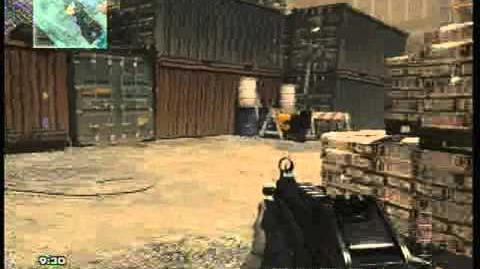 Mw3 Hardhat Map Walkthrough
A walkthrough of the map. 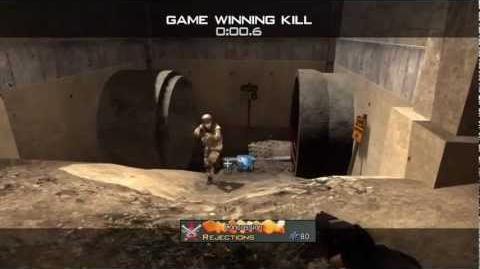 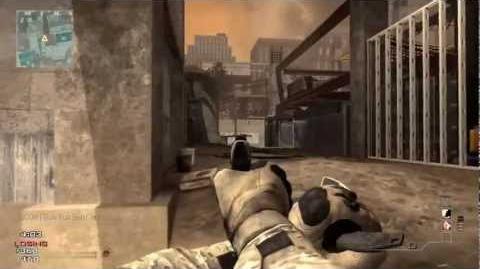 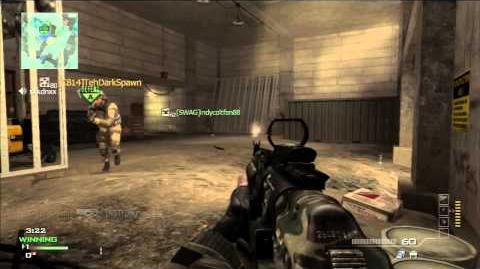 Call of Duty Modern Warfare 3 Demolition Hardhat No commentary playing with the Group
Gameplay in Demolition.
Community content is available under CC-BY-SA unless otherwise noted.
Advertisement