High Moon Studios is an Activision-owned video game developer company located in San Diego, California in the United States of America. High Moon Studios was founded in 2001 as Sammy Studios. In 2005, the studio changed its name to High Moon Studios and was acquired by Vivendi Games in January 2006. After Vivendi merged with Activision in 2008 to found Activision Blizzard, High Moon became a subsidiary of Activision.

High Moon involvement with the Call of Duty franchise began in 2013 when they assisted Infinity Ward in the development of Call of Duty: Ghosts. The next year, they ported and released Call of Duty: Advanced Warfare on the seventh generation of consoles. High Moon has been a supporting studio ever since.

Call of Duty games worked on 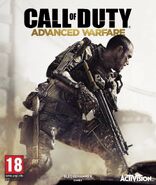 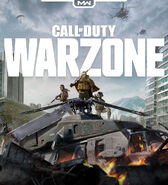 Logo with inverted colors.
Add a photo to this gallery

Retrieved from "https://callofduty.fandom.com/wiki/High_Moon_Studios?oldid=2571714"
Community content is available under CC-BY-SA unless otherwise noted.