Medium to long range with close-quarters combat as well

Hill was a planned multiplayer map in Call of Duty 4: Modern Warfare. All that is known to prove its existence is a file called "loadscreen_mp_hill.iwi" present in the game's source files.

From its loadscreen, it appears to be an augmented take on "Heat". From this, and from map script file, it can be inferred that the teams were planned to be S.A.S. vs. Spetsnaz (although the USMC does make an appearance in "Heat" at the end of the level), that it takes place in northern Azerbaijan, and that it would support all gametypes. The decision not to include the map may have been due to its numerous hiding places, as well as the uphill advantage for one team (probably S.A.S if it's following the singleplayer story). 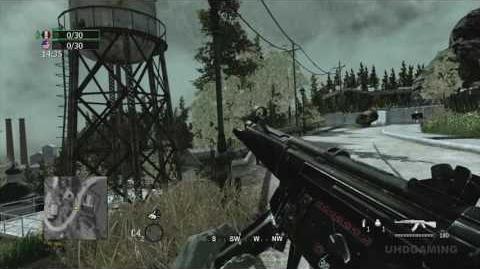 Retrieved from "https://callofduty.fandom.com/wiki/Hill?oldid=2486030"
Community content is available under CC-BY-SA unless otherwise noted.