Horizon is a multiplayer map featured in Call of Duty: Advanced Warfare. Horizon appears in Exo Survival as a Tier 2 map.

Horizon is a map with many open lanes for medium to long range combat, alongside some interior corridors made for close quarters.

It should be noted that though the middle of the map is almost all exterior, it is difficult for aerial scorestreaks to attack, despite the open roof. The buildings can also obstruct fire for these scorestreaks.

Interior spaces provide small shortcuts to larger lanes of fire, so it might be a bit difficult getting accustomed to the sudden transition from close to medium-long range engagements.

Concept art of the "Levity" drone that appears on the map 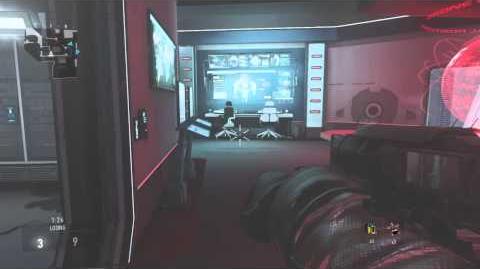