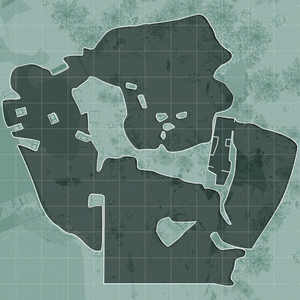 "Use stealth to save the president's daughter before Makarov's men find her."
— Level Description

Hostage Taker is a Special Ops Mission Mode challenge featured in Call of Duty: Modern Warfare 3. Players take the role of an FSO agent and need to use stealth in order to save the president's daughter.

Players start off with a suppressed USP .45, along with a tactical knife, but can obtain an AK-74u from dead enemies if they elect to. Besides saving the president's daughter, there are three hostages that the player can free as an optional objective; rescuing the hostages will give the player a higher score. There is an enemy Mi-8 transport helicopter with a spotlight that scans the area and if the player is caught walking in the spotlight, the entire area of enemies will be alerted. The spotlight can be shot, but the player will be alerted anyway, regardless if he was seen before. If the spotlight is destroyed, the helicopter will move over a flat area and drop enemies. To prevent this, the helicopter can be destroyed. At the end of the mission a slow-mo sequence commences, similar to the epilogue mission, "Mile High Club" from Call of Duty 4: Modern Warfare, where players must gain a headshot against the last terrorist that uses the hostage as a protective human shield.

Makarov's men search the plane wreckage for the president's daughter, and they take hostages along the way. Stealth is extremely important during this mission, as your adversaries will kill the hostages if they detect the player. There are three hostages and, if they are killed, only the bonus score is lost. The level can still be completed.

Move through the first area, taking out each enemy with the knife until the player sees the first hostage. Use the suppressed handgun to take out the man standing over him. Then approach the hostage and hold the Use button to save him.

Stay out of the Mi-8 helicopter's searchlight to avoid detection. Taking cover out of its light until it moves away is also an option. The mini-map displays the helicopter's location. If the player is caught, it can easily be disabled with an AK-74u.

Continue moving stealthily between the vehicles, where another hostage is held. Take out the surrounding enemies, and then eliminate the hostage-taker.

Continue along the tarmac, quietly taking out the enemies. The last hostage is held near the main wreckage.

Once Alena's location is found, two of Makarov's men are there. One enemy will be using Alena as a human shield, while the other will fire on the player with an AK-74u. Killing the latter is a wise choice. Then wait for an opening as Alena struggles with her captor. Kill him to complete the mission.

Freeing Alena from the Inner Circle soldier.
Add a photo to this gallery

Retrieved from "https://callofduty.fandom.com/wiki/Hostage_Taker?oldid=2471293"
Community content is available under CC-BY-SA unless otherwise noted.