"Shot down in Western Russia while returning with Nikolai, evade Ultranationalist patrols on the way to extraction."
— Call of Duty: Modern Warfare Remastered level description

Hunted continues where the mission "Blackout" left off. On the way to Germany's safehouse to deposit Nikolai, the occupants of the helicopter spot a bright light coming into the sky. A Stinger missile is heard and the helicopter is hit and shot down. SAS trooper Paulsen and the pilots die in the crash, leaving Captain Price, his team, and Nikolai forced to make their way to safety through fields and shacks in order to avoid the notice of a helicopter sent to search for survivors. The helicopter eventually notices them and they have to use cover to advance and avoid fire from the helicopter. After storming a barn, Soap successfully destroys the helicopter using a Stinger missile he found in the barn. After heading out of the barn, the squad is met by a huge convoy of enemies that is decimated by heavy fire from an AC-130 gunship. The player then continues the operation as the Spectre's TV operator in the mission "Death From Above". 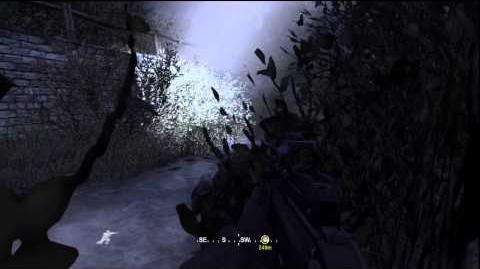 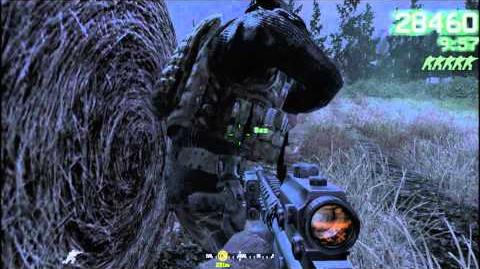 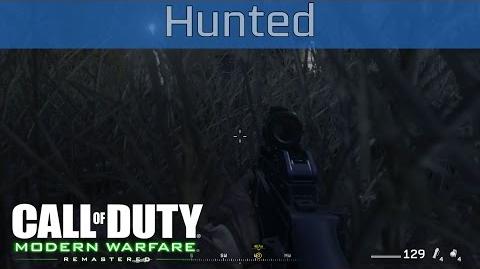 Aerial view of the crash site.

Aerial view of the level. 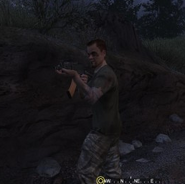 The team hiding from the chopper's spotlight.