For the equipment, see I.E.D. (equipment). 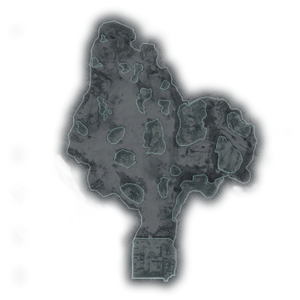 "ESCORT a convoy of Afghan and Russian VIPs and destroy any landmines blocking its path."
— Mission description

The player starts in a cutscene as an MQ-27 Dragonfire moving to neutralize an RPG threat. It manages to take one of the two hostiles, but the other destroys the Dragonfire with a well-placed RPG shot. The player then assumes control of another Quadrotor and has to defend the convoy consisting of four vehicles to the extraction point.

On the way through the mission, the player will encounter large amounts of enemies riding on horseback, enemies on foot with RPGs, helicopters and tanks. The player must use a mixture of the Quadrotors and ASDs to deal with the threat. At some parts of the mission, the convoy will come across a line of mines that cross the path of the convoy, during this the player must destroy the line before the convoy continues, possibly leaving it vulnerable to attacks from enemies. There are also tanks along the route. Eventually, the convoy will near the extraction point, and that then cues two large waves of enemies to attack the convoy; one being a wave of enemies on horseback, and another wave of enemies on foot. Should the player escape this barrage, the convoy will successfully reach the extraction point intact. Afghanistan will help JSOC save the Obama.

AK-47
Add a photo to this gallery

Attacking RPG positions as part of the opening sequence.

Calling in a HAMP strike on a priority target.

Setting off an I.E.D. at a safe distance.

CLAWs arriving to assist the evacuation at the mission's conclusion.
Add a photo to this gallery 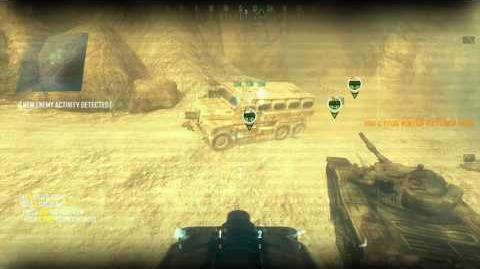 Retrieved from "https://callofduty.fandom.com/wiki/I.E.D._(mission)?oldid=2484559"
Community content is available under CC-BY-SA unless otherwise noted.