Ignition is a small multiplayer map in the Call of Duty: Ghosts downloadable content pack Onslaught. The map is a remake of the fan-favorite map, Scrapyard, from Call of Duty: Modern Warfare 2. It takes place in an abandoned Odin launch control facility in Florida, USA.

It is a moderately linear map. Game modes such as Ground War and Domination are highly chaotic; the size of the map combined with a high number of players or highly-damaging weapons means there is constant action. Like Scrapyard, it is best for medium-long range weapons, but short-range weapons can do good in some of the buildings around the map.

After the rocket explodes and the wreck falls on the map, sticking out of the tunnel's west wall is an Extinction Egg that can be shot and count as "hunted", only once. Players who find all four Extinction Eggs in each of Onslaught's 4 DLC maps will earn a bonus 2000XP for completing the operation. 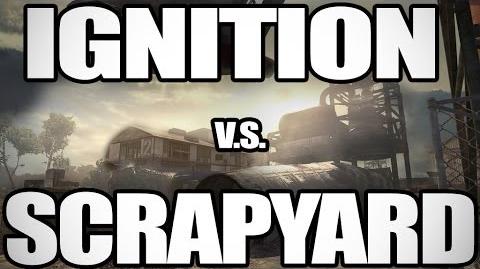 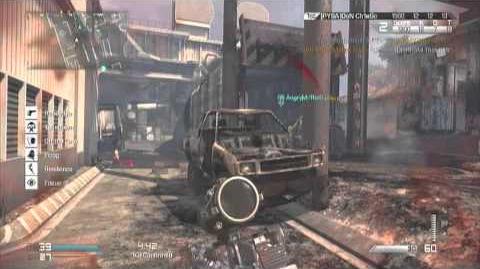