Infected, also known as Sickness as an April Fool's day joke[1], is a custom game mode in Call of Duty: Modern Warfare 3 which started as a private match game mode before being released to the online community public playlist on February 5, 2012 for PlayStation 3 and Xbox 360, and on May 9, 2012 for PC[2]. It is also available in Call of Duty: Ghosts and Call of Duty: Advanced Warfare.

The game starts with all players being survivors. In the upper left hand corner of the screen, there is a timer that starts with nine seconds counting down to the Infected. After the nine seconds, one player is randomly chosen to be first infected.  The survivors are the players who are not infected, hence the name "Survivors". The surviving players must hide from and kill the Infected to try and survive until time runs out; each game lasts five minutes. The Survivors spawn with an unknown weapon (depending on what the custom settings are) and must survive by killing the Infected or hiding. 50 points are given to Survivors every time a Survivor is Infected. The name given with the points is "Survivor". The round ends when either the last Survivor is killed/infected, or time runs out, and the new round will start pending on a new player to be infected.

However, there is a twist in public Infected. Any place where the players will be notoriously difficult to knife by normal circumstances is a 'death zone', wherein a player (including the Infected themselves) will automatically die and join the Infected (if not already). This originally also applied to Private Matches, but community outrage led to this being reversed in Private Matches. Notable are listed below in "Death Zones."

Another Infected variant has all the players begin as Juggernauts only armed with .44 magnums dual wielded, Scavenger Perk, and nothing else. As before, when the timer is up one player becomes the infected, and gains the Infect loadout: Striker, XM25, Semtex, Tactical Insertion, Sleight of Hand, Quickdraw, Steady Aim, and Dead Man's Hand, while keeping the Juggernaut suit. After one kill he loses his Juggernaut suit, but retains the loadout. As usual, the Juggernauts must kill the Infected; if any Juggernaut is slain he will transfer to the Infected team. The Juggernauts win if at least one person can hold out until the time is up; otherwise victory is forfeited and the infected win. It is also impossible to hide in this loadout, since the map is always very small, and the Infected radar always shows the Juggernaut icon.

Infected returns in Call of Duty: Ghosts. It plays similarly to the Modern Warfare 3 variant, with the same objective and the Infected receiving Tactical Insertions and Throwing Knifes. At the start of the game, players have 15 seconds until one of the 12 Survivors (18 on Xbox One, PC and Playstation 4) turns into an infected. Instead of a Combat Knife, the first Infected will sport a selected weapon (primarily the M9A1 pistol) until he claims his first victim. Once the First Infected is selected, he has two minutes to infect the first Survivor. All survivors spawn with the Scavenger perk and a Specialist strike package. With each Survivor turned into an Infected, the timer will reset back to two minutes. This means an Infected match could last up to 22 minutes if the Survivors are not killed fast enough. When there is one Survivor left, a radar sweep will occur every 30 seconds. Since Survivors do not have Off the Grid (except in Infected Lynx by getting 5 kills), their death is inevitable, regardless of how well they hide.

Survivors use their current customized renders while the Infected are rendered with a tan hooded jacket.

Infected returns in Call of Duty: Advanced Warfare. It is mostly the same as in Call of Duty: Ghosts except the loadout is a random primary weapon and the abilities of the Exoskeleton. Infected players are given a unique hazmat suit, while survivors are given their currently-selected custom operator. It is also the only game mode where the player can use tactical insertions exist(In the infected loadout.)

The game starts with a nine second countdown where a random player becomes the "First Infected". Once the first player becomes infected, he doesn't start out with the knife loadout, but rather at first uses the current Survivor loadout (example: the first Infected will still be holding his Striker), however, it comes with the Throwing Knife, Tactical Insertion, and the Infected Perks. Their Death Streak is Hollow Points. The First Infected uses the gun to infect a second person. Once this is achieved, the Infected will then use their knife loadout for the remainder of the match.

In the case of the Barrett loadout, the First Infected will use an ACR 6.8 w/ Silencer and Red Dot Sight to give an edge in Infecting the next victim, since it is more effective than attempting to spray and pray, or even attempt to quickscope a second victim. In "Striker vs Jugg", the first infected will receive a Juggernaut Suit. In "Jugg vs MK46", they will receive an MK46 with Extended Mags.

When there are only two Infected, if one of them leaves, then the other becomes "First Infected" again, and must infect another player to continue the cycle and the game.

When there is one Survivor left, that player will be notified as "Final Survivor". The Infected have the rest of the game to search the entire map for the last Survivor. Sometimes the Survivor would be hiding in a patch of grass in a place that is mostly overlooked, so the Infected have to make sure they look at every piece of scenery and environment around every corner of the map (it is particularly very difficult in the Barrett loadout, especially if the Survivor is wearing a Ghillie Suit). On occasions, the Survivor will be making his last stand on the popular camping spots of the maps, and if the map is small, (such as the catwalks on Dome, or the street side of Underground), the Infected simply have to swarm the survivor.

When the Survivor has not been located for a while, a radar pings every 10-15 seconds, showing the red dot where he is hiding. If the Survivor has earned Assassin (via Specialist Bonus), the radar effect is negated and he won't appear on the minimap. If the MOAB has been activated, the radar is useless for the 60 seconds it is active.

If there are fewer than 17 Infected (12 in Call of Duty: Ghosts on PS3, Xbox 360, and Wii U, and Call of Duty: Advanced Warfare on all consoles, except the Wii U) and a Final Survivor, should a new player connect into the lobby, the connecting player becomes a new Survivor and the radar scan is disabled until only the Final Survivor remains. This poses a problem for the Infected who are already searching hard for the Final Survivor, only to find out an anonymous Survivor has entered the game and delayed their victory, or when the "final" Survivor has finally been killed, the game still hasn't ended because a new Survivor has just connected. This could be frustrating especially when the game is coming down to the final seconds, the new Survivor connects and just hides long enough for the game to end, thus the Survivor wins.

These are a list of "death zones" that are present in public infected. These zones automatically kill the player regardless of being a survivor or infected. This is to eliminate certain areas that would otherwise give a survivor an unfair advantage, usually due to them being out of reach of the infected. 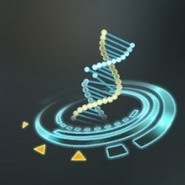 Playlist icon in Advanced Warfare
Add a photo to this gallery 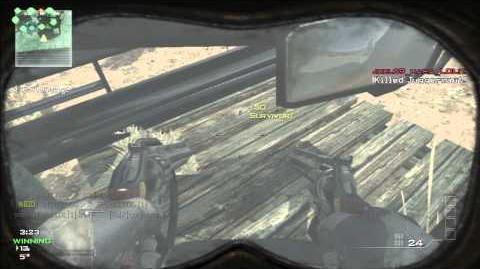 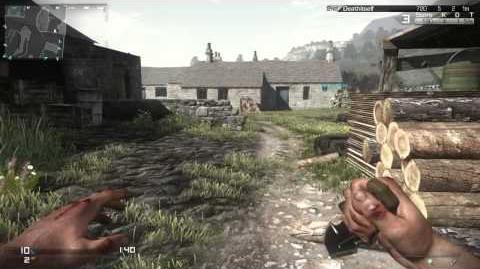 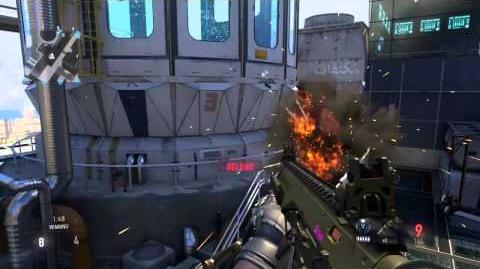 Call of Duty Aw No Commentary infected
Gameplay in Call of Duty: Advanced Warfare.
Add a photo to this gallery

Retrieved from "https://callofduty.fandom.com/wiki/Infected?oldid=2250648"
Community content is available under CC-BY-SA unless otherwise noted.