Infection is a multiplayer map in Call of Duty: Black Ops III. It is described as taking place in France, however, the stone structure in the center says Foy, Belgium. It is based off of the single player level Demon Within, which included a simulation of the Battle of Bastogne during World War II. 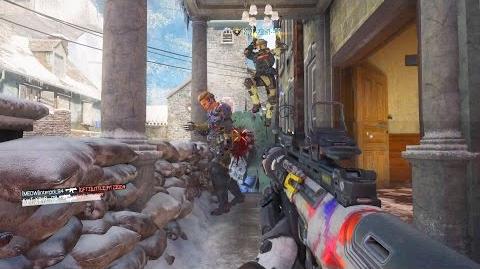