"Expert in demolitions and bomb disposal, Beck is a tactical operator serving in Diensteinheit IX. Calm and dependable, he defuses tense situations with the dry humor of someone who regularly handles explosives."
— In-game biography

Born in 1942, Ingo Beck enlisted in the East German National People's Army in 1960 where he served in the Engineer Corps, specializing in Explosive Ordnance Disposal. In 1966, Beck sustained an injury while training new recruits in EOD. He was temporarily transferred to the intelligence branch of the NPA and was soon assigned permanently because of his quick lateral thinking skills.

In 1974, Beck joined the Diensteinheit IX, formed the same year, to train their EOD teams. 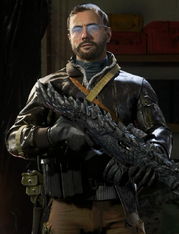 Beck as an operator in Warzone.

Beck's Bio in Warzone before Season One. Note the different faction and citizenship.

Warzone Bio after Season One. 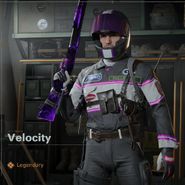