ISI operatives make an appearance in Call of Duty: Black Ops II in the campaign mission "Fallen Angel". Under the command of an unnamed ISI Leader and his rogue ISI soldiers ally themselves with Raul Menendez and Cordis Die. They are seen attacking David Mason's team.

The two guards on Observation point. 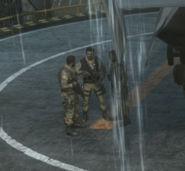 Three ISI soldiers next to a VTOL

ISI soldier shortly before being killed by Section. 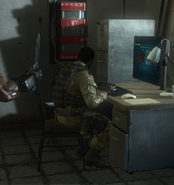 ISI Soldier before being killed by Harper.
Add a photo to this gallery

Retrieved from "https://callofduty.fandom.com/wiki/Inter-Services_Intelligence?oldid=2541220"
Community content is available under CC-BY-SA unless otherwise noted.