For a similar map in core playlists, see Interchange.

"Four buildings circle a large cross street, encouraging players to dig in and fight it out across the map. Race out into the open and expect to quickly come under fire. Stick to the interior, protect your position with ground explosives, and book it when the enemy starts pushing toward you location."
— Overview

Intersection is a Face Off map set in Brooklyn, New York City.

The map is very small and is not suited for sniper rifles and other long-ranged weapons. ARs, SMGs and sometimes shotguns work well on this map. It was released for Call of Duty: Modern Warfare 3 as part of Content Pack 6. The map has been available for Call of Duty ELITE subscribers on the Xbox 360 since June 19, 2012. PS3 elite subscribers received Intersection on July 19, 2012. 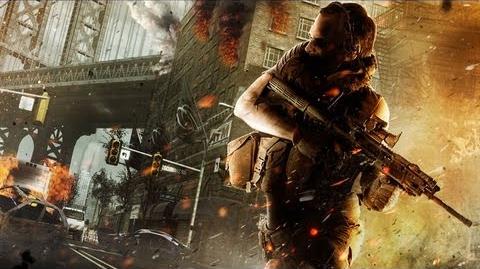 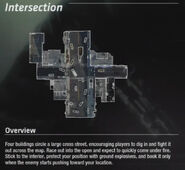