Isolated is the map of the Battle Royale mode in Call of Duty: Mobile. The map features various places from Modern Warfare and Black Ops series, in addition to new exclusive locations.

Similar to the battle royale map which was designed for Blackout, Isolated has locations which are based on campaign missions and multiplayer maps of the above mentioned series of games.

The Boss spawns if any player goes too close to the ray of light, which results in The Boss spawning after a cloud of smoke arises. With the original boss being the Hellhound, the new Boss is now the Butcher.

The Boss obviously has a large health pool and can deal sufficient damage. It however retreats back to its spawn point and disappears if the player/players move far away from the boss ground. The more you summon The Boss, the more aggressive it becomes. Killing The Boss rewards players with high-value loot such as armor vests, epic and legendary weapons and mods.

The best strategy in order to take down a boss is to use heavy weapons such as assault rifles, LMGs or launchers. And constantly be on the move, should you want to avoid the deadly attacks from The Boss. But do be aware about enemy players who might be in this region, since the boss grounds are open and completely exposed to any form of attack. 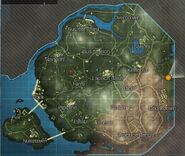 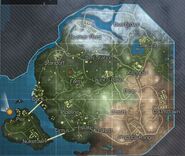 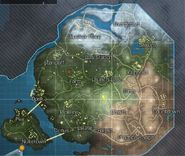 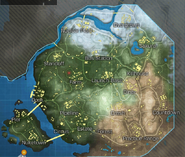 Isolated map during Season 6 "Once Upon a Time in Rust". 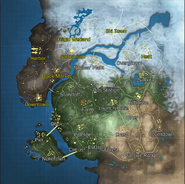 Isolated map during Season 7 "Radioactive Agent".
Add a photo to this gallery
Retrieved from "https://callofduty.fandom.com/wiki/Isolated?oldid=2548385"
Community content is available under CC-BY-SA unless otherwise noted.