First in the Fight

"The JTF Wolverines are a no-nonsense mercenary group, with a reputation for getting the job done and doing it fast. You can expect a Wolverine to leap at the chance to fight and take the most aggressive path to victory."
— In-game description.

The JTF Wolverines are a private military company based out of Earth. Their doctrine is simple "kill or be killed". Because of this, they are more likely to stick to brute, unrelenting force to complete objectives than their rivals. Their uniforms and equipment are largely based on those used by SATO. They are led by Commander James Rhomer and their homebase is the The Den, a carrier.

The JTF Wolverines is the first Mission Team the player is allowed to join in multiplayer mode and is unlocked at Level 1. 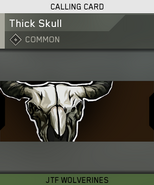 The Unlock Card for JTF Wolverines. 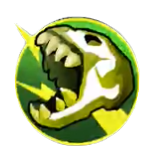 The logo in Call of Duty: Siege.
Community content is available under CC-BY-SA unless otherwise noted.
Advertisement