Frank Woods with a grenade (accidentally)

Josefina Menendez is a non-playable character that appears in Call of Duty: Black Ops II. She is mentioned by Raul Menendez throughout the campaign.

Josefina was the sister of Raul Menendez. On June 19th, 1973, she and her older brother, Raul, were trapped inside a barn that was torched by an American due to an insurance scam. When she opened a barn door that separated a burning section from a non-burning section they were in, the rush of oxygen fueled the flame causing a backdraft that horrifically burned and disfigured her. Josefina became Raul's purpose of living and due to his wealth, which he raised through producing and selling drugs, she was taken care of until September 25th, 1986.

On that day, several PDF soldiers under the order of Manuel Noriega burst into the Menendez villa and restrained Raul while one of the soldiers, seeing Josefina's deformity, called her a monster and knocked her to the ground. Enraged by this, Raul brutally murdered the soldier with a retractable knife, but was also knocked down after doing so and rendered unconscious by an injection. Josefina was left inside the villa while the soldiers took her brother away and prepared to burn the villa down.

Josefina kept screaming from the villa as it was burned which motivated Raul to escape from the soldiers after waking up and get back to her. When he reached the burning hallway that led into their room, he was confronted by Hudson, Woods, and Mason. Raul broke for the room but Hudson restrained him. An enraged Woods threw a grenade, which was knocked off course by Mason so as not to kill Hudson and Raul but instead bounced into the room that Josefina was in. Raul broke free and chased the grenade inside the room. Josefina died in the explosion, but Raul somehow survived and managed to escape, thanks to Noriega. Josefina's death fueled Raul's desire to take vengeance on America and, to a more personal level, Woods and Mason.

The golden locket Raul is often seen with belonged to his sister Josefina. In the opening sequence it shows a young Raul in the burning barn with Josefina, about to slit his throat with the locket. Menendez later in life uses the locket as a weapon, to take revenge for his sister Josefina. If the player obtains the bad ending where Cordis Die wins, and Menendez kills Woods with the pendant, he will then follow his sister into the afterlife by excavating her decomposed corpse, dousing himself in gasoline and burning himself alive in her grave.

Josefina checking on her brother.

Josefina in her brother's arms.

A picture of Josefina seen during an opening cutscene. 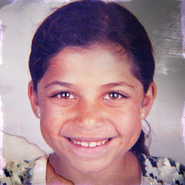 A picture of Josefina seen in "Time and Fate". 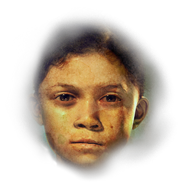 An image of Josefina seen in Raul's rage.