Kowloon is a multiplayer map featured in Call of Duty: Black Ops that was released for the First Strike downloadable content pack. It is based on the campaign mission, "Numbers".

The map is located in the city of Kowloon, Hong Kong. Two Ziplines featured on the map can be used to quickly transverse the map from point B to points A and C, but the user is completely exposed and unable to use weapons while on the zipline.

Kowloon is suited for all types of combat due to its high buildings and paths. There are two ziplines in the map that can let a player travel from one side to the other, but as noted above, anyone using them is completely exposed and cannot use their weapons while ziplining. In a game with twelve or more players on this map the odds of being shot and killed before finish ziplining are high.

The player should be wary that there are numerous entrances to many of the buildings, so one should stay alert and be wary of other players infiltrating one's position. The map also features several high rooftops and posts from which to pick off enemies with a sniper rifle. In addition, the main zipline building can be used as a vantage point. 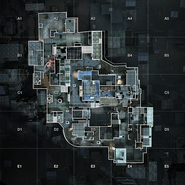 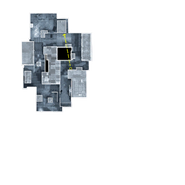 Kowloon in the reveal trailer.

Another view of Kowloon.

The Boeing 747 flying over the map.

Multiplayer in Kowloon.
Community content is available under CC-BY-SA unless otherwise noted.
Advertisement