The L118A is a bolt-action sniper rifle that appears in Find Makarov: Operation Kingfish and Call of Duty: Modern Warfare 3. It was first shown during footage at the Call of Duty XP event.

The L118A is seen in a weapons cache during Soap's briefing with Shepherd. 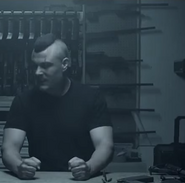 The L118A is unlocked as soon as Create-a-Class is unlocked. The L118A has high damage multipliers, killing in one shot reliably from the stomach up. It has high recoil, but since it resets while the bolt is cycled, it isn't much of an issue. Its rate of fire is quite slow and can make the user vulnerable if he/she is faced with multiple opponents at once. Its reload is manageable but slow, and can only be partially mitigated with Sleight of Hand.

The MSR is often preferred to the L118A due to its faster bolt cycling, but the L118A is unlocked much earlier, and has the same base damage as the MSR.

In the game mode Money in the Denk, the L118A appears in the "Denk" class, where it has the Impact proficiency.

The L118A is available in Survival Mode at level 35 and costs $2000. It is not very effective to use, since it rarely kills in one shot at later rounds and has poor handling in close quarters. Despite the poor handling, combining it with an assault rifle, LMG or SMG will make it very effective for a player's team, as they could potentially have the L118A user take a sniping role like in multiplayer, and still have something for medium to close ranges on hand. However, aiming for the head will be required later on, and even then, multiple shots and the Sleight of Hand or Quickdraw perks will be required to negate the reload or be able to shoot an aimed shot at a target faster without flinching and taking damage.

The L118A in first-person

Cycling the bolt of the L118A

The reticle of the L118A's sniper scope

The L118A in third person

A sniper wielding a suppressed L118A 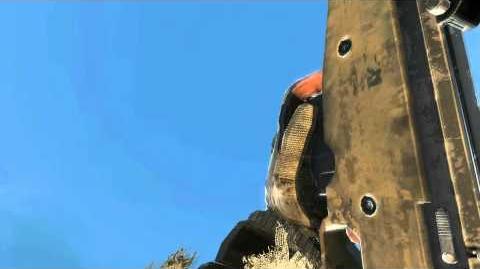