"Eye of the Storm" and "Blood Brothers"

Lockdown is a multiplayer map in Call of Duty: Modern Warfare 3.

Lockdown is a medium sized map featured in Call of Duty: Modern Warfare 3. The two main spawn points are at either corner of the map. The map has many buildings and tight streets that favor close quarters combat. There are a few long lines of sight on the map, but not as many as other maps. There are many archways, alleyways and pillars around the streets that can offer for a quick escape if needed. Vehicles litter the streets and offer good cover.

In Survival Mode, Lockdown is a Tier 4 map and has the difficulty of Insane. The player(s) start with the M16A4 with Red Dot Sight, the Five Seven, and 250 Armor, but no Self Revive, Flash Grenades or Frag Grenades. The hostiles include Bomb Squads, Chemical Agents, Claymore Experts, Choppers, and Armored Juggernauts.

The players start in the center of the map where there are multitudes of vehicles, the Weapon Armory is located there as well. The equipment armory is near the stairs on the south side, and the Air Support Armory is on the East side of the map.

Another look at the map.

One of the many streets of Lockdown.

The hung Czech Resistance soldiers, near the Spetsnaz spawn. 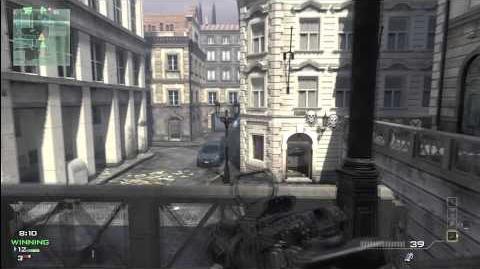 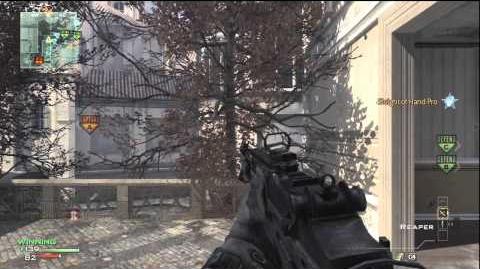 Retrieved from "https://callofduty.fandom.com/wiki/Lockdown?oldid=2539560"
Community content is available under CC-BY-SA unless otherwise noted.