"An international crime syndicate has launched a full onslaught upon a Los Angeles police station, intent on destroying evidence and silencing witnesses."
— Description

Lockup is a multiplayer map featured in Call of Duty: Black Ops 4. It was first introduced on February 19th, 2019 first on PlayStation 4 for players who purchased the Black Ops Pass, and later on February 26th, 2019 for Xbox One and PC. 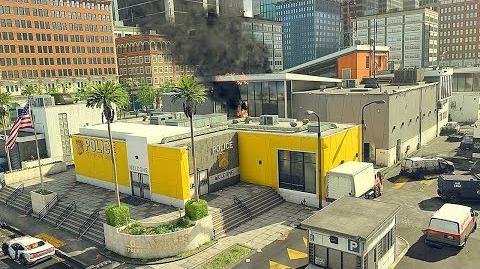 Retrieved from "https://callofduty.fandom.com/wiki/Lockup?oldid=2480436"
Community content is available under CC-BY-SA unless otherwise noted.