Neutralize Vladimir Makarov.
Breach and clear Makarov's safehouse.
Regroup with Ghost.
Connect the DSM to Makarov's computer network.
Protect the DSM until the transfer is complete.
Retrieve the DSM.

Get to the landing zone for extraction. 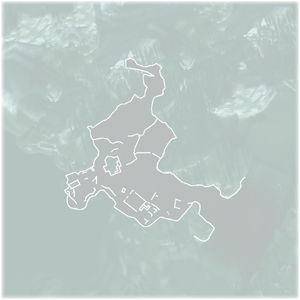 "Find and kill Makarov at his safe house on the Georgian-Russian border."
— Mission Description

Knowing that Makarov is hiding in one of two places, General Shepherd sends Task Force 141 to both locations to kill him. Soap and Price go to the Boneyard in Afghanistan while Ghost, Roach and the other members head to a safehouse on the Georgian-Russian border.

Roach and Ghost's team make their way to the safehouse but are ambushed on the approach by a garrison force using anti-personnel mines and mortars which kills most members of the team.  Roach barely avoids being killed himself and his fellow surviving members Ghost, Ozone and Scarecrow manage to repel the ambush. Archer and Toad notice two jeeps attempting to leave the compound but Ghost orders them to be destroyed with Javelin missiles. They have no way of knowing if Makarov was in them so continue to the house.

They find no sign of Makarov, only the few remaining members of the garrison but they do find Makarov's computer which provides them with a wealth of information so Roach sets up a DSM to download the information. More of Makarov's men arrive whilst the download is underway prompting the Task Force to defend the hardware until the download completes. Upon gathering the intelligence, Roach and the group make their way to the extraction point. On the way, mortar fire kills Ozone and Scarecrow (assuming they were kept alive this long by the player) and badly injures Roach, forcing Ghost to carry him out.

As they stumble towards the EP, The Shadow Company operative reveals the location of Archer and Toad to thermal counter snipers, taking them out so they can't help the duo.

Arriving at the extraction point, a Little Bird gunship provides cover fire while Shepherd personally walks out before commenting on cutting "loose ends". He suddenly shoots Roach, then kills Ghost before he is able to react. Shepherd grabs the DSM from Roach before two Shadow Company soldiers soak them in gasoline. Shepherd tosses his cigar on their bodies, setting them alight. Price's voice can be heard on Ghost's radio, warning them of Shepherd's betrayal, but a bit too late.

) - Obtained by beating "Loose Ends" on any difficulty.

) - Obtained by beating "Loose Ends" and "The Enemy of My Enemy" on Veteran.

Overview of the Makarov's safehouse

Kitchen turned into a bomb crafting room, C4 can be seen among various other explosives.

First floor area where the DSM is plugged in

Plans for the airport massacre

Shepherd throwing his cigar at the gasoline soaked bodies of Roach and Ghost.

Shepherd sets Roach and Ghost on fire.
Add a photo to this gallery

Retrieved from "https://callofduty.fandom.com/wiki/Loose_Ends?oldid=2512904"
Community content is available under CC-BY-SA unless otherwise noted.