The first sighting is during "Charlie Don't Surf" after clearing the first floor of the TV station by the window. A Marine comments "Yeah, there goes our boys!" and several M1A2s pass outside. The next one is during "The Bog" where players must break through the enemy lines to reach the Abrams tank codenamed War Pig and defend it. The next is during "War Pig" where players must escort the tank to safety. Here the M1 can be seen destroying both buildings, insurgents and at the last minute, fires a round which penetrates the wall destroying a T-72. The last sighting is during "Shock and Awe" where M1 Abrams tanks were on the ground during the push to the capital of the Middle Eastern country supporting Marine infantry units against OpFor armor and infantry. Their fate following the destruction of the capital is unknown, as they are not seen being destroyed neither are they seen retreating from the city.

The destroyed tank in Ambush.

Front view of the Abrams.

An Abrams in "Shock and Awe".

The M1 Abrams returns in Call of Duty: Modern Warfare 2. They are seen mostly in the Ranger missions, although an endless convoy of them, owned by Shadow Company, can be seen in "Just Like Old Times". Every single Abrams tank in the game is American, all of them under the command of General Shepherd, either U.S. Army or Shadow Company. Unlike the Abrams tanks in Call of Duty 4: Modern Warfare, most of the M1s in the Call of Duty: Modern Warfare 2 campaign are just there for cosmetic purposes. An M1 also appears in the "Museum" level. It cannot be destroyed.

An Abrams in "Of Their Own Accord".

Destroyed Abrams in "The Enemy of My Enemy".

A hostile Abrams in "Just Like Old Times", seen via noclip.

M1 Abrams appear occasionally throughout the campaign. The player can see a pair of parked Abrams tanks in Afghanistan at Firebase Phoenix and three in the distance during "S.S.D.D.".  In "Team Player" on a ridge behind the player there are eight M1A2 Abrams tanks, including High Roller and Binky, providing direct fire support for the Rangers. Defending the United States, numerous Abrams tanks and Bradley fighting vehicles can be seen protecting the Washington Monument evacuation site during the Battle of Washington, and radio chatter indicates that another Abrams unit is attempting to defend the Capitol Building. Immediately after the Ranger Squad departs from the underground bunker in "Of Their Own Accord" the player can see a stationary M1A2 on a rise to his left front. It is later destroyed by Russian fire. Two Abrams tanks advance with the Rangers, one next to the Player and the other far in front of him. Both are destroyed by Russian-controlled Javelin missiles. Two more are seen retreating later on and one of them is destroyed when the player mounts a Black Hawk Helicopter to take out the SAM sites. Many destroyed Abrams tanks are seen during "The Enemy of My Enemy" at the U.S. Boneyard. Hostile M1A2 Abrams tanks used by Shadow Company, are seen rolling in an endless U.S. military convoy on a mountainside in the distance while the mission "Just Like Old Times" unfolds.

The Abrams in Multiplayer are only there for show but the one on Bailout is destroyed and can be used for cover. It

can be used in most Objective based games as there is a flag or bomb site nearby.

The Abrams in Force Recon.

The Abrams is a usable vehicle in Call of Duty: Modern Warfare: Mobilized. The player can switch between the tank's main cannon and the 50. Cal machine gun via the touch screen.

The Abrams tank in use in Modern Warfare: Mobilized.

The button for the main cannon.

The button for the machine gun. 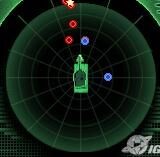 M1 Abrams tanks play a large part in the mission "Goalpost", in which the player helps escort tanks Rhino 1, Rhino 2, Rhino 3, Rhino 4, Rhino 5, and Rhino 6 through the mission. Six, Five and Four are destroyed by mortars or RPGs almost as soon as they've been deployed. One, Two, and Three are the only ones that move up. Rhino Three is destroyed by an enemy RPG when they get off the beach and onto the street. Rhinos One and Two support the Delta Team by shooting at Russian T-90 tanks and trucks. When they get to the entrance of a parking garage. Carter, the commander of Rhino 2 is killed by an enemy sniper, forcing Frost to man the minigun in his place. When the two remaining tanks travel through the parking garage, Rhino Two's weight causes the tank to fall through multiple floors, forcing the crew to vacate the disabled vehicle. Rhino Two's crew and Team Metal exit the parking garage only to be attacked by a Russian T-90, but in the nick of time, Rhino One crashes through the wall and destroys the Russian tank. Unfortunately, Rhino One is later destroyed by a barrage of 4-5 Javelin missiles. Abrams tanks are not seen for the rest of the campaign.

An M1 Abrams, "Pit Boss" appears in the mission "Iron Clad". One player is tasked with protecting it while the other controls the tank.

The Abrams tank on Dome.

A M1 destroying an enemy tank.

Another look at Rhino 2.

Abrams Tanks being carried on LCAC.

M1A2 appears as a prop in Call of Duty: Strike Team.

Abrams reappears in Call of Duty: Ghosts. It is seen several times during the game and is the United States' primary main battle tank in service, making it the counterpart to the Federation T-90. It also plays a major role in "Severed Ties", in which the player drives the tank. The Abrams tanks in Severed Ties feature explosive reactive armor (ERA) mounted on the sides of the hull, used to defeat shaped-charge anti-tank weaponry such as missiles.

Abrams as seen on Octane.

First person view of the Abrams.

HUD of the Abrams.

Interior of the tank.